Inside an Award-Winning Set Design 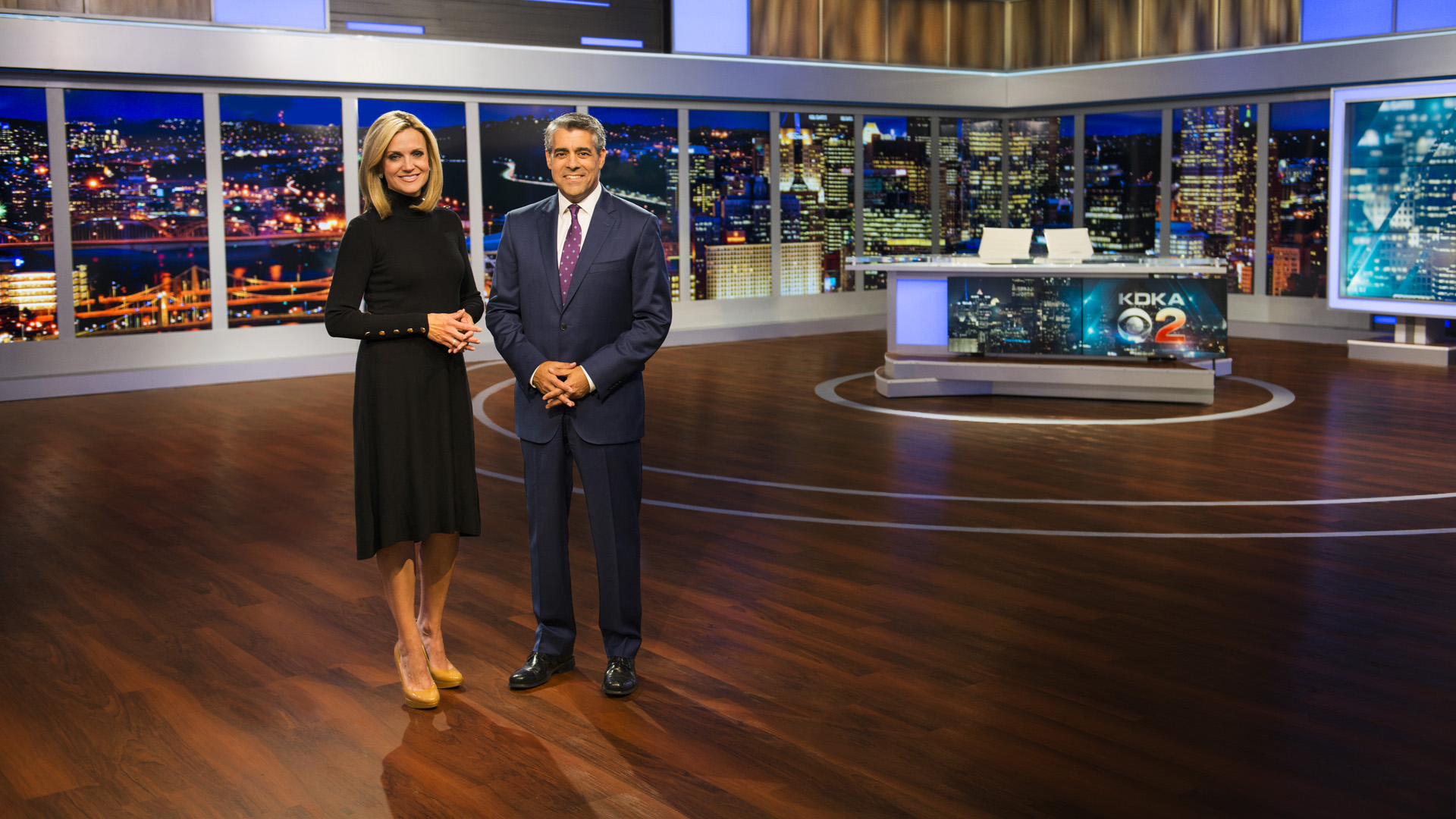 When the management team at KDKA-TV, the CBS owned station in Pittsburgh, decided to invest in a new set, they wanted to capture the life and vitality of a city making a cultural comeback. Once renowned for its booming steel industry, Pittsburgh’s downtown, dubbed the “Golden Triangle,” has been undergoing change for much of the decade. A revitalized urban area, with conversions of a number of old buildings, is adding life and vitality to neighborhoods and residents.

Managers also wanted a highly versatile set that would be home to news as well as other programming, and, importantly, would respect the budget and resonate with viewers.

The end result was so successful it won NewscastStudio’s prestigious Set of the Year Award, and the PromaxBDA Gold.

The team at KDKA selected Devlin Design Group for the project, then kicked it off by drafting a creative brief, appropriately titled, “The New KDKA-TV Broadcast Center. Sleek. Functional. Limitless. Your Window to the World …made of steel.”

Devlin’s initial drafts, above and below, show how designers tapped into Pittsburgh’s downtown energy and style.

The next step came in a floor plan, below, defining all of the performance areas and camera positions.

KDKA is a leader in local programming and wanted the ultimate in production flexibility. The must haves included a flexible main set with a complement of technology, including:

• A wrap of 14 90” monitors showcasing the window on the world effect.

• A large 4×3 array to take viewers deeper into a story.

• Monitors for branding on the desks.

• A well-stocked weather area with a working weather office, including an 85” touchscreen.

• Venues for a number of other productions.

Pittsburgh Live Today has a warm environment and includes a conversation couch and an area with a table for live demos and a spot for performances. For a long-running high school quiz show, the main desk is rolled out and the set is transformed into a lively game show with an audience. The set is also home to a number of special programs using virtual sets shot on a large chromakey.

KDKA’s team helped to refine the floor plan, and the project next moved from sketch phase to 3D renders, above and below, of wide shots of the design. The lighting director then began creating a lighting plot of the various performance areas.

Once KDKA settled in on a final look, the next round of 3D renderings gave a realistic view of the design from many different camera angles. Textures giving that Pittsburgh flare grew more defined in this phase of the project. Steel accent walls with color changing glass cutouts gave a nod to the old and new Pittsburgh. The set also maked waves by including textured wave walls reminiscent of the Allegheny, Monongahela and Ohio rivers. A distinctive wood floor added warmth to the large set.

At this stage, the set design team worked with the set construction team to refine the final budget numbers.

Then experienced fabricators, lighting specialists and video integrators got to work, bringing concept to fruition.

“We are thrilled with our new set in both form and function,” said Anne Linaberger, KDKA news director. “The contemporary look of the set enhances our strong local news position. The design allows us maximum production flexibility for our local news programs as well as all of the other local sports, entertainment and public affairs programs we produce each week.”

There are many variables to creating a successful set launch. Devlin Design has the creative talent, knowledge and experience to exceed clients’ objectives. To see more gallery images and to find out more about Team DDG, visit the website, www.ddgtv.com. Or call them at 970-710-9015.