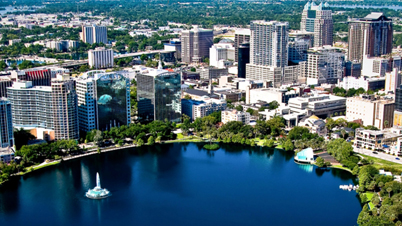 Cox Media Group’s WFTV has a comfortable lead among local media outlets on social according to Shareablee data, while Fox O&O WOFL pulls ahead in overall fans/followers. WFTV’s news director says the market’s penchant for viral stories — plus an embrace of Facebook Live — is helping buoy its social efforts.

WFTV Orlando, Fla. (DMA 18), has plenty of daylight between itself and its closest local competitors on overall social media performance according to data from audience insight firm Shareablee.

Those positions were flipped when it comes to the overall number of fans/followers. WOFL has more than 1.1 million, while WFTV trails with almost 950,000.

On individual platforms, WFTV dominated Facebook with almost 10.3 million actions, while the Orlando Sentinel led Twitter with over 1.1 million total actions. The Orlando Weekly had the market’s Instagram lead with over 690,000 total actions.

Matt Parcell, WFTV’s news director, says part of his station’s strong social performance comes down to a kind of luck. “The most bizarre news in the world tends to come out of Florida,” he says.

But WFTV also has a daily commitment to social strategy, which has grown to include the daily use of Facebook Live.

WFTV has used the live streaming platform for everything from breaking news to a pre-show Oscars commentary, but viewers have especially gravitated to the contributions from anchors Jorge Estevez and Martha Sugalski.

Estevez’s live streams track with how many anchors are using them, jumping into audience conversations after a big story. “Jorge asks a lot of questions,” Parcell says.

Sugaliski veers from the path more. She’s the mother of triplets who have a particularly acute fascination with the neighborhood garbagemen, so much so that collection days can feel like Christmas. And viewers love it.

Parcell says her streams have reached millions, and the garbagemen have become minor celebrities along the way, even attending the triplets’ birthday party.

But as WFTV knows, stranger things have happened in South Florida.

WFTV is in Central Florida isn’t it? I wonder how much of the Jorge Estevez following can be attributed to the station’s one-sided coverage of LGBTQ politics? http://www.orlandosentinel.com/entertainment/tv/tv-guy/os-wftv-jorge-estevez-weds-honors-pulse-20161211-story.html