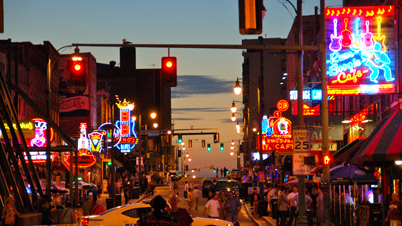 Raycom’s NBC affiliate leads its local peers in an active social media market according to Shareablee data. A constantly reassessed approach to Facebook and a steady daily use of Facebook Live is putting it there.

Memphis had nearly 11.9 million social actions in the last six months according to data from audience insight firm Shareablee, up 25% from the previous six-month period.

Raycom-owned WMC topped the market with more than 4.1 million actions in the current period. Nipping at its heels is Cox Media Group-owned Fox affil WHBQ with almost 4 million actions, and that station surges past it on the fans/followers count with over 715,000 against WMC’s nearly 567,000.

Usually, a market’s top performer also wins the most Facebook actions, but WHBQ proves the rare exception there with almost 4 million actions against WMC’s nearly 3.9 million. WMC swings back hard on Twitter, where it generated 266,000 actions. WFMS-FM-AM led Instagram with nearly 18,000 actions.

WMC saw a whopping 124% increase in its overall engagement in the last six months, and the newsroom’s leadership says it isn’t by accident. News Director Tammy Phillips has a digital parallel in Kelsey Jacobson, the station’s digital director, and the two work constantly in concert.

“Kelsey is in every meeting and she’s thinking with a different mindset,” Phillips says, noting that at least 50% of the digital team’s time is spent on Facebook now.

Jacobson says part of WMC’s social strategy is keeping a close watch on national trends and finding a local hook. Case in point: while the nation was recently rapt expecting the birth of a baby giraffe, WMC turned its Facebook gaze on to the birth of a baby hippo at the Memphis Zoo.

Sometimes that means marshaling all of the station’s available resources around an Amber Alert, even if it’s elsewhere in the state.

And every day, Facebook Live is an important part of the picture.

WMC has trained all of its anchors and reporters extensively on the platform and encourages its regular use. In so doing, they’ve found a major upshot in the time that platform allows for story development that broadcast can nowhere near approximate.

“You don’t have a time limit,” Jacobson says, noting that longer streams are encouraged on Facebook Live, and it usually takes up to 10 minutes to build a sizeable audience for a stream, anyway.

Meanwhile, Phillips says viewers embrace the length. “When we give people more, we enhance their experience,” she says.

Phillips says the platform has increased WMC’s inroads with women and 25-54-year-olds. “This is a new way to talk to them,” she says.

And with many Facebook followers coming over to the station’s own digital platforms through referrals, she has absolute conviction in the ROI of Jacobson’s position and its intense focus on Facebook.

“It has more than paid for itself,” she says.