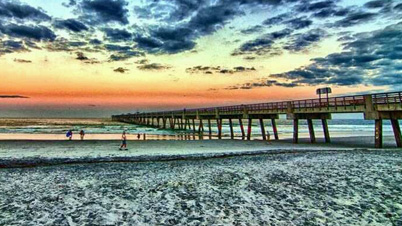 Tegna’s NBC affiliate WTLV tops the Jacksonville, Fla., market in total social actions over the last six months, according to Shareablee, while Graham Media’s indie WJXT leads in fans/followers. WTLV’s news director says making social a constant part of the daily news discussion — and listening to the audience on Facebook — has helped move the station into the top slot.

In socially competitive Jacksonville, Fla. (DMA 47), Tegna-owned WTLV (NBC)-WJXX (ABC) leads the market by over a million actions over the last six months according to audience insight firm Shareablee.

WTLV had almost 4.9 million overall actions in that period, 36% of Jacksonville’s total 13.4 million actions. Cox Media Group’s WJAX was a distant runner-up with over 3.8 million actions. Both stations took a back seat to Graham’s WJXT in terms of overall fans/followers. It had almost 528,000 of them as of April 30.

WTLV News Director Meagan Harris says the station’s social edge comes from including Facebook as part of every day’s evolving news conversation. “It’s always top of mind,” she says. “We are constantly talking about it.”

She says that the station’s coverage of Hurricane Matthew in particular highlighted for her just how much Facebook has changed the newsroom. Previously, storm coverage would be all about telling people what they need to know. But this time around, “for the first time we focused a lot on listening to the audience.”

That meant meteorologists taking lots of questions — such as when people’s individual neighborhoods, homes and businesses were most in danger — and even speaking to some viewers in Spanish when it was necessary.

“She gets it,” Harris says of Tompkins. “She has an interesting way of posting things, while Turner “has a really quirky Facebook personality” that connects with viewers.

A recent example happened when the NFL commissioned a professional artist to paint the portraits of the top four draft picks. They all looked good except the Jacksonville Jaguars’ rookie, which made locals turn up their noses. To this, WTLV brought in a local artist to do a better job with Turner hosting on Facebook Live to watch it come together and Tompkins running it behind the scenes.

The station has also been involved in a Tegna-wide Verified series that traces down the roots of viral content. WTLV hunted down a picture of a newborn baby holding an IUD and found its roots in Alabama, and that chase became its own viral sensation.

Harris knows that social media is an endlessly moving target. “It feels like it’s changing every week,” she says, and newsroom tools like CrowdTangle are helping to tease out what users care about there.

Meanwhile, the station’s digital team is seamlessly integrated with its on-air people, who, for their part, are expected to be highly active on social. “It’s important because it’s part of building their on-air brand,” she says.

Everyone at the station needs to understand that they’re more than television journalists now, just as her role as a news director has become much more two-directional than ever.