Back to TVNewsCheck Home Print this page
MULTICASTING 2017 | PART 3

Diginets Should Be Safe In 3.0 Transition 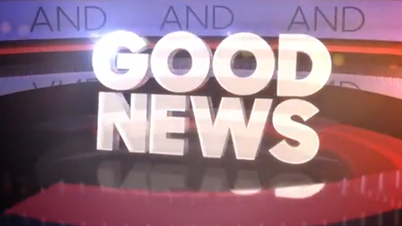 The spirits and bottom lines of broadcasters should be buoyed by the technology and policy cards they are being dealt when it comes to ATSC 3.0. If the simulcast-based channel-sharing proposal before the FCC is adopted, TV broadcasters will have the tools they need to make the transition while continuing to deliver their main channel and popular diginets as legacy DTV channels — if they can cooperate. This is the third installment of a three-part Multicasting Special Report. Part 1 appeared Tuesday morning, Part 2 on Wednesday morning. You can read all the stories here.

Transitioning from today’s digital TV broadcasting standard to next-gen TV should be no cause for alarm to viewers who love watching classic TV on subchannels or the station and group managers who relish the revenue they generate.

At least that’s the consensus of broadcasters and technology vendors that are pushing to bring over-the-air delivery of ATSC 3.0 television to viewers as soon as the end of the year.

“We absolutely will be putting 3.0 on air by yearend,” says Mark Aitken, VP of advanced technology at the Sinclair Broadcast Group. But before that can happen, the FCC must authorize next-gen TV.

The proposed rulemaking to allow voluntary ATSC 3.0 transmission before the FCC envisions a simulcast model based on channel sharing.

The proposal calls for TV broadcasters to simulcast their ATSC 3.0 primary programming stream in ATSC 1.0.

However, unlike the analog-to-digital transition, the FCC won’t be granting broadcasters a second channel for the simulcast. Rather, stations in a market will be required to stack their existing 1.0 channels on one or more existing OTA channels to make room for new 3.0 service on the channels they leave unencumbered.

The idea is as consumers replace old TVs with new models, the overall market’s dependence on legacy DTV will dissipate and one day essentially disappear, leaving broadcasters with a clear path to shut off remaining 1.0 channels and fully deploy 3.0 in their markets.

Some broadcasters, however, have expressed concerned there won’t be enough bits to derive the bucks they do today from their diginets during this transition.

But a look at the state of the art in MPEG-2 encoders and stat muxes for efficient 1.0 stacking and HEVC encoders and stat muxing for 3.0 service indicates it indeed will be possible to deploy next-gen TV service as envisioned in the rulemaking while continuing to deliver diginets and primary channels using the legacy DTV standard.

Demonstrating this is possible comes down to two sets of numbers — one each for 1.0 and 3.0 service — and a willingness of broadcasters to cooperate.

“Rather than provide theoretical figures,” says Jean Macher, director of broadcast market development at Harmonic, “this is what we have done recently and are currently deploying for our ATSC customers.”

It is now “mainstream” to fit three 720p HD channels using Harmonic MPEG-2 and stat mux technology into one 19.4 Mb/s [6 MHz DTV] channel, he says. Other deployed ATSC 1.0 channel mixes, he says, include:

What will be of particular interest to broadcasters deploying the simulcast-channel stacking strategy for the next-gen TV transition is how many SD channels can share a legacy DTV channel to enable viewers to continue receiving their favorite diginets.

When only SD channels are deployed, 10 to 14 channels can be squeezed into 19.4 Mb/s, depending on how aggressive a broadcaster is, says Macher. Merei places the figure at 11 to 12.

Even without pressing encoder and stat mux performance too aggressively, these sorts of numbers should ensure the digital subchannels needed to carry diginets will be available under the next-gen TV transition proposal on the table at the FCC.

For example, in a hypothetical market with 10 OTA primary channels and 25 diginets, a conservative simulcast-channel stacking scenario could see five 6 MHz channels devoted to 1080i HD carriage, the same five channels carrying a total of 10 digital subchannels and two additional OTA channels used to carry the remaining 15 diginets — or seven channels devoted to ATSC 1.0 service rather than 10.

The numbers on the ATSC 3.0 side of the equation suggest simulcasts of the primary service will be possible as well — at least if they are transmitted as 1080p/60 channels with or without HDR and wide color gamut.

The FCC 3.0 transition rules envision requiring broadcasters to deliver a 3.0 signal that is at least as robust as their 1.0 service. One simple apples-to-apples measurement of robustness is carrier-to-noise ratio, says Mark Richer, president of the Advanced Television Systems Committee. At a comparable carrier-to-noise ratio, 3.0 can achieve a theoretical throughput of around 25 Mb/s, he says.

In practice at WRAL in Raleigh, N.C., the station has been delivering just shy of 26 Mb/s to match the robustness of 1.0 service since it launched 3.0 testing in June 2016, says Pete Sockett, director of engineering and operations for Capitol Broadcasting’s stations.

The HEVC codec makes use of a number of tools not available in MPEG-2, such as variable block sizes to match moving parts of video to other parts of the video, that make it far stingier in its bit usage, says Yuval Fisher, CTO of MVPD at Imagine Communications.

At the 2017 NAB Show in April, Harmonic demonstrated it could achieve five HEVC-encoded 1080p/60 channels with HDR stat muxed into a pool of 24 Mb/s, Macher says.

Thus, two of the channels freed in the hypothetical 10 OTA channel scenario could be used to simulcast 3.0 in 1080p/60 with HDR while leaving one channel free to accommodate even less aggressive compression, a 4K service or other necessity.

Another alternative would be to use HEVC to encode 720p/60 for use on 3.0 simulcast channels, says Sinclair’s Aitken. “In a stat mux environment with HEVC encoding, you could have 15 to 20 720p channels in your 3.0 spectrum,” he says.

Of course, these are just the numbers as they stand today. What will prove to be at least as important over the long haul is the unprecedented level of cooperation broadcasters must achieve to make the simulcast-channel stacking transition work at least until some future point when consumer TV replacement has made 1.0 service obsolete.

Until that day, however, it would appear broadcasters have a way to transition to next-gen television without jeopardizing revenue from either their 1.0 primary channels or the diginet offerings viewers enjoy.

This is the third installment of a three-part Special Report. Part 1 appeared Tuesday morning, Part 2 on Wednesday morning. You can read all the stories here.

So, I should put off getting a new TV until when, exactly?

How will this impact cable delivery of channels? Or does it?

@FreeRightsUSA: How will this impact cable delivery of channels? An overly simplistic answer is: not a huge amount. MVPDs will need new reception equipment which will transform the IP-based channel “streams” of ATSC 3.0 to the QAM-based transport streams they’re currently using (unless the system is already IP based itself, as some are). If broadcasters maintain 1.0 broadcasts for the near term, MVPDs most likely will have no reason to even pick up 3.0 signals (unless UHD becomes popular and / or retransmission agreements state the requirement, something MVPDs seem to be against.)

These diginets are scrappy, behaving more like radio marketers than TV marketers. They pick a genre/format/lane and promote smartly and aggressively… Part of OTA growth is credited to subchannels perfecting their crafts…

How has the transition of 3.0 been going in South Korea? How has the law of physics been affecting propagation in real life. Not being critical, just curious how 3.0 works in real life.