Gray Is Racing To Expand Coverage Via OTT 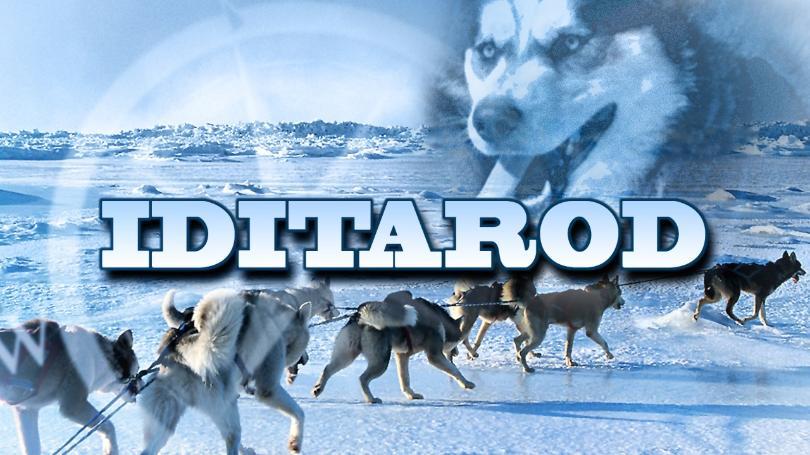 Gray-owned KTUU has been blanketing coverage of Alaska’s storied 1,000-mile dogsled race for years in the face of dwindling national sponsorships. It’s hoping coverage on SBTV, the new Syncbak-powered OTT app, will give it a new audience and ad dollars.

The Iditarod is an iconic Alaskan experience — a 1,000-mile, eight-to-nine day dogsled race spanning from Anchorage to Nome that rivets locals every March.

“The Iditarod is such a uniquely Alaskan event, it certainly is a matter of great pride to Alaskans, but what’s fascinating is it also has this worldwide audience,” says Tracy Sabo, KTUU’s news director.

KTUU has now set out to see if can reach that audience through OTT and tap into new source of advertising revenue to support the costly production.

For this year’s race, the station successfully tested streaming its race coverage on SBTV, the OTT platform of Syncbak that has no geographic bounds. And next March, with a big promotional push, it will see if it can monetize the OTT coverage.

(It helps that KTUU has a relationship with Syncbak going even further back than its Gray ownership. Syncbak has handled KTUU’s live streaming for years and is only recently sunsetting the station’s Air Wave app in favor of SBTV.)

The key content ingredients are already in place: KTUU dedicates 10 staffers (of its newsroom of 38) to race coverage each year, including seven in the field, two manning digital platforms and an on-air talent fronting its frequent “Iditarod Trail Tracker” segments.

And that’s not including the pilot and chase plane — not to mention the snow mobiles — the station hires every year to hop between the race’s checkpoints, many of which pass through extremely remote villages and outposts along its alternate northern and southern routes.

“It’s financially a major drain for us,” Sabo says. “Flying and chartering aircraft is not cheap.”

In all, Iditarod coverage eats up about half of the station’s annual travel budget.

But it’s also a journalistic trove. While one crew stays close to the race leaders among the 60 or so mushers each year, another files stories on the remote communities along the route, many of which are economically hurting and otherwise get scant media notice.

Years of practice have honed the race coverage crews, who sleep in remote cabins or on gym floors along the route and break out their flyaway satellite dish to transmit from every stop.

Back at the station, feeds from the field go through the newsroom and then right up to its website, vMVPDs like Hulu and now Syncbak’s SBTV.

“We have it down to a science,” Sabo says of the multiplatform coverage.

The Iditarod also yields plenty of digital-only extras including race maps and photo galleries along with further monetization opportunities there.

This year, for instance, an “I Spy” on-air contest also had viewers keeping an eye out for an animation of mushers across the screen’s lower third.

“Viewers would watch KTUU during the newscast and then get a special keyword or phrase that they would have to go online and enter to win prizes from the sponsoring optometrist,” says Tony Freije, the station’s general sales manager.

On Gray’s part, it sees the race’s broader potential via SBTV, which surfaces content to users by their nearest Gray station location first but also features a range of stories from its 57 stations across the country.

“There’s certainly an opportunity to share breaking news coverage, severe weather and unique cultural events like the Iditarod across the country,” says Julia Campbell, Gray’s VP of media systems. “We feel like this is an opportunity to take important content and coverage and share it with a wider audience.”

And not just to share, but to monetize. “We are able to trigger ads in our livestream through SBTV, so there’s potential for new revenue on all of these things,” Campbell says.

For the Iditarod itself, the boost of a broader audience can’t come too soon. The race has been struggling financially for years with lower and lower purses for its winners.

Sabo says national sponsors, including Wells Fargo, have begun backing away in the face of animal-cruelty protests led by PETA, which this year took its demonstrations to the streets of Anchorage for the first time during the Iditarod’s ceremonial opening.

“Sponsors have become fewer and fewer,” Sabo says. “If they’re out there, they’re sponsoring the race itself to make it happen and not necessarily the media coverage. I would definitely not call it a windfall.

“Alaskan sponsors still show up, but it has been a struggle.”

Even global warming has hampered the race in recent years, leading to the necessity of snow sometimes being trucked in to Anchorage streets for the race’s opening.

Complicating things further on KTUU’s side is that the Iditarod’s organizers themselves are a direct competitor for live streaming and VOD content, though viewers have to go through a $40 paywall to have access to the content, Sabo says.

KTVA Anchorage, the CBS affiliate, also benefits from being the race’s media sponsor (its owner, GCI, is a major corporate sponsor of the race).

Despite the hardships surrounding the race, Sabo feels that with the right promotional attention from Gray and SBTV’s reach, KTUU can tap into many Americans’ love of all things Alaska and their fascination with the race and its frontier allure.

And it helps that KTUU had a smooth first run on SBTV, where five times the race’s unique viewers came from outside the station’s market than within in.

“This was the infancy of what might be a great tool if we promote it properly,” Sabo says.

A round of applause for your blog.Thanks Again. Really Cool.

Im grateful for the blog post.Thanks Again. Much obliged.

“Aw, this was an extremely good post. Spending some time and actual effort to produce a really good articleГўв‚¬В¦ but what can I sayГўв‚¬В¦ I put things off a lot and never seem to get anything done.”

Say, you got a nice post.Much thanks again. Want more.

Thanks a lot for the post.Much thanks again. Really Cool.

This is one awesome article.Much thanks again. Will read on…