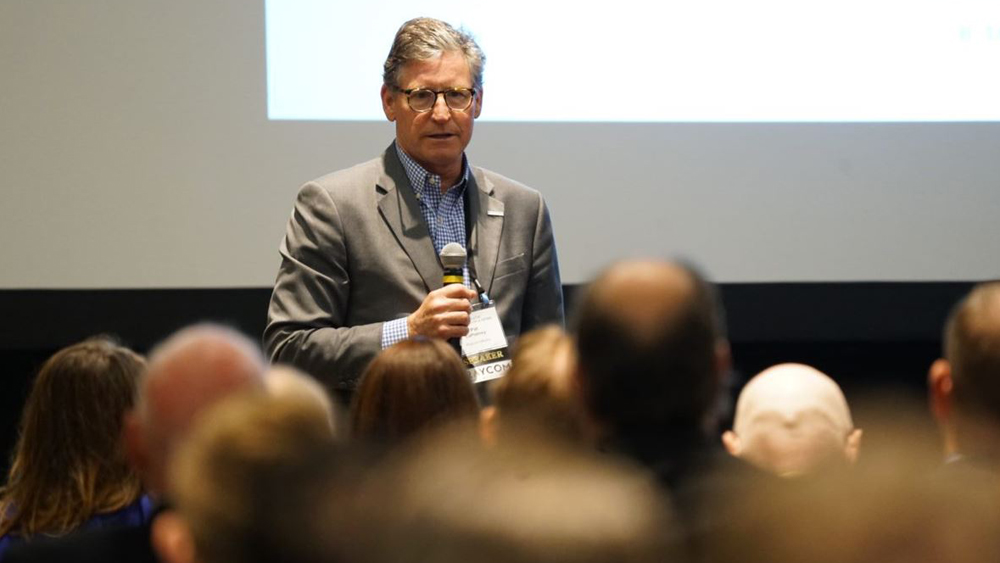 The app will showcase longer-form reporting from Raycom Media as well as a select group of partners including ProPublica, News21 at Arizona State University’s Cronkite School of Journalism and NerdWallet. The new initiative was announced today by Raycom CEO Pat LaPlatney (above).

Raycom Media President-CEO Pat LaPlatney made the announcement at the annual Investigative Reporters and Editors (IRE) conference in Orlando, Fla.

InvestigateTV is the result of a collaboration involving a local broadcaster, a nonprofit newsroom and a top journalism school, all invested in the importance of quality investigative work. The app will showcase longer-form reporting from Raycom Media as well as a select group of partners including ProPublica, News21 at Arizona State University’s Cronkite School of Journalism and NerdWallet.

InvestigateTV is available now on Roku and will be released to other digital streaming services soon.

“We know viewers are interested in meaningful investigations that dig deeper into issues they face in their everyday lives,” said LaPlatney. “We are thrilled to offer Investigate TV, a place to highlight the tremendous efforts of our Raycom Media National Investigative Unit and our outstanding content partners. This gives us the ability to aggregate investigative materials, including stories that our local stations generate. Then it is bundled into one, easy, on-demand viewing experience.”

In addition, the John S. and James L. Knight Foundation is investing $188,000 in Pulitzer Prize-winning ProPublica, so that the nonprofit news organization can collaborate with Raycom Media in producing original investigative reporting for InvestigateTV.

“We are thrilled to expand ProPublica’s video journalism into new platforms through this exciting partnership with Raycom Media,” said Stephen Engelberg, ProPublica editor-in-chief. “We look forward to reaching new audiences, bringing greater attention to our investigations, and heightening our ability to spur impact.”

InvestigateTV highlights in-depth stories that matter most to viewers. Raycom Media Chief Investigative Reporter Lee Zurik says the InvestigateTV team is both a watchdog and a resource for consumers.

“We hold public officials accountable. Stories from Raycom Media’s award-winning journalists and partners focus on government corruption, corporate greed, and healthcare,” said Zurik. “Our consumer-focused journalism gives viewers practical tips to save money on everything from cable bills to prescriptions.”

Posters on this board complain about murders and crime being all local newscasts consist of now. Then, a company starts leaning towards doing in-depth reporting and a new delivery method and you poo poo it with "more made up news and .002 ratings." Just go be unhappy by yourself.

The News business in this country is totally debased..Their is no Objective news left!!

Do you even watch local news. All that cable crap is biased and the networks are off the charts with bias but most local news casts report local findings and support local community without bias. Very local newsrooms have an agenda. Don’t watch the network crap and cable crap.

The American people despise Local and National news..Look at the ratings dufus…
The nonstop hyped crime in the first block, the goofy masters of the obvious weather reports that are 30 minutes outdated plus the court jesters who give us the sports have made it this way..and network news including CNN and MSPSNBC are mouthpieces for the Democratic party…How can you be a news organization and hate the President and look down your liberal holier than thou Upper East Side nose at the American people if that’s not the case..?? you cannot be that naive not to recognize it or your just lost!!! You must be in the news business and you are fighting for your pathetic livelihood..Go get a real Job!!!

Research shows differently. Local news is the most trusted of news sources remaining. The reason for ratings decline is from audience fragmentation. There are other choices now. People don’t wait until 6 pm to find out what happened. They get it real time at work on their computer or phone. That’s why (back to the story) Raycom Media is trying to reach them via a different avenue. The days of broadcasters having a monopoly on distribution of news is gone.
As far as your comment about fighting for my livelihood, sorry, my future financial life has been taken care of.
Back to your off the cuff, no facts comment about the American people despise local news. Research tells a different story so I guess that makes you clueless and just spouting off about shit you know nothing about. Like your original shallow comment on the story to begin with. Go get an education.

Hey Ridgeline..Relax..Some of our minds work too fast for Caps…..