Back to TVNewsCheck Home Print this page
APPRECIATION

Joe Flaherty Made His HD Vision The World’s

Flaherty had the ability to convey to CBS management and the entire television industry the importance of HDTV. He could make a convincing case that the new wide-screen, high-resolution format would produce tangible business benefits.
By Ed Grebow | August 14, 2018 | 8:08 a.m. ET. 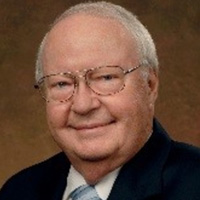 The television industry lost an icon last week, and I lost a trusted colleague and unforgettable friend. Joseph Flaherty, known around the world for his determination to make HDTV a reality, passed away at age 87.

Joe had already made his mark on television technology when I met him in 1987. Joe had exhibited over and over again his determination to bring HDTV into existence through an important trait that many may not have seen firsthand the way I did. That quality was the ability to convey to CBS management and the television industry the importance of HD. He could make a convincing case that the new wide-screen, high-resolution television format would produce tangible business benefits.

I had intimate experience with how persuasive Joe’s HD advocacy could be shortly after joining CBS as head of operations in Joe’s engineering department.

Even though it was an era of corporate-wide belt tightening at CBS, Joe remained undeterred in his mission to see HD advance. He knew that despite the general cost-cutting going on, he would need financial resources to move his vision of TV technology forward.

I still recall Joe making the case that the network should continue to invest in laying the groundwork for HD. His argument was simple. Enabling international commerce to grow depended heavily on a leveling of the playing field to eliminate the friction that impedes the smooth exchange of goods and services.

In the case of CBS, those goods and services were entertainment programming. According to Joe, the benefit of the HD standard would be a common, high-quality image format that would make it easier for CBS — and every other broadcaster and programmer, for that matter — to buy and sell programming.

To illustrate his point, Joe harkened back to the early days of railroading. A critical part of the industry’s success was standardization of the gauge of the track — the distance between each rail — that was key to the interchange of goods and services via the rail. Rather than a dozen incompatible railroads, passengers and freight could move effortlessly across a compatible network of tracks regardless of the railroad company that laid them.

Despite the steps we were taking at CBS to reduce costs, Joe persuaded me that it was important to find the funding to support both the development of the standard from a technological point of view and its promotion around the world to other television broadcasters.

To build support in Europe, Joe decided CBS engineers, with the help of some key vendors, should put together a demonstration of HD transmission for those attending the International Television Symposium in Montreux, Switzerland. That included the bold plan to set up a transmitter, antenna and other RF components on a nearby mountain to transmit HD to receivers at the venue.

This was no small financial commitment let alone technological feat, even with the assistance of vendors that loaned us equipment. Joe held court at the Montreux Palace Hotel selling global broadcasters on the importance of this technology

The demonstration gave Joe a platform to kick off an extensive lecturing tour around Europe during which he warned that if the continent did not embrace HD, it was going to be left behind in the Dark Ages of Television. People listened when Joe spoke.

Of course, there was much more to the role Joe played with HD than being its No. 1 promoter. Former FCC Chairman Richard Wiley, who was recruited by then Chairman Dennis Patrick to chair the FCC Advisory Committee on Advanced Television Service, considered Joe to be one of his closest broadcast advisers.

The former chairman credits Joe with bringing to his attention the fact that a digital — not analog — advanced television system was the way to go. That ultimately resulted in a fundamental shift in the unfolding process to find an advanced TV system for the U.S. and led to the Grand Alliance, which cooperated to develop the world’s first digital high definition television standard.

Even before I arrived at CBS, Joe had a reputation for bringing management around on HD. In 1981, Joe arranged with Japanese national broadcaster NHK for a demo of its Hi-Vision high-def TV system at the SMPTE Winter Conference.

Following that successful public showing in the United States, Joe wanted to move the demo to Washington to show lawmakers and FCC commissioners what the future of TV could be. Invitations were printed and mailed and arrangements were made to transport the Hi-Vision gear to D.C. But at the last minute, two senior broadcasting executives at CBS told Joe to cancel the demo.

Undeterred, Joe went straight to CBS founder William Paley.  “Mr. Paley, I have been with the company for many years now and have had eight bosses in that time,” he told Paley. “If they don’t perform well in the next programming season and the ratings don’t beat expectations, they are out of here.

“What I am talking about is technology that will take us many, many years to implement and deploy. I think it is important to give our regulators in Washington insight into where we could be in the near future.”

Paley agreed. The demo went on as Joe wanted.

While Joe was undeniably a brilliant and visionary television technologist, I remember him fondly as a renaissance man in every sense of the word.  A charming host, chef and oenophile, he was well known and respected in many of the world’s finest restaurants. His annual holiday gift of home baked Irish soda bread was a delight.

Joe had a knack for finding the best food, wine and cheese all over the world from the finest Michelin starred restaurant to the most unassuming inn.

But, most important, Joe was one of the first and certainly the most influential voice promoting HD and digital TV at a time when the television industry was resisting for fear of the unknown cost and technology risks.

Joe also resisted giving any TV spectrum away. “Like beach front property, [he would say], they are not making more spectrum and it will turn out to be broadcasting’s most valuable asset.”

His passing is a loss for me and the broadcasters worldwide.

Edward Grebow is managing director of Lakewood Advisors, a boutique financial advisory firm that serves broadcast technology companies. He is a former EVP of CBS, CEO of Chyron Corp. and deputy president of Sony Electronics. He has been an investment banker for more than 20 years. Special note of thanks to CBS VP Engineering & Advanced Technology Bob Seidel for contributing some of the details presented here.

A great tribute to Joe Flaherty. It was truly a great experience to have worked with Joe and Ed in the early 90s.
Jay Newman