A forecast of a double-digit decline in spot revenue next year is the consensus of station groups and industry watchers surveyed annually by TVNewsCheck. The drop is due almost entirely to the lack of political advertising compared to this year. Otherwise, ad sales will be flat. The automotive sector, which accounts for about 25% of spot revenue, has been problematic this year, and there’s no clear sign that the category will improve to any notable extent in 2019.
By Janet Stilson | September 27, 2018 | 5:47 a.m. ET. 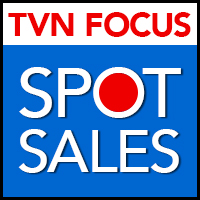 The gods of spot advertising will taketh next year nearly as much as they giveth in 2018.

The fiercely fought political races now in progress, along with the Olympics, will elevate total spot revenue by an average 12.7% this year over last, even with core advertising (non-political advertising) declining 2.3%.

But next year, without the benefit of the gob-smacking political dollars, total spot is likely to decline by 11.6% in 2019, while core holds steady.

That’s the consensus of nine TV station groups that took part in TVNewsCheck’s exclusive survey each September forecasting the present and future health of spot advertising.

The nine groups were promised anonymity, but all are among the top 25 in spot revenue and they include stations from New York to Bend, Ore.

TVNewsCheck also surveyed six research firm, analysts and agencies that track the station business. On average, they were more optimistic than the broadcasters about prospects for 2019. Total revenue, they said, would be down just 9% rather than nearly 13%.

What has surprised the broadcasters this year has been the weakness in core, but they are looking forward to a small rebound next year.

“I think core will be a little healthier next year, because if you’re in a political market, you’re going to get some crowd-out [in 2018],” says Ralph Oakley, CEO of Quincy Media. “There are certain advertisers that go to the sidelines because they don’t want to get mixed in, so you don’t do as well in core as you do in a nonpolitical year.”

Another view comes from Jack Myers, chairman of MediaVillage. He expects that core will continue in the doldrums in 2019, but the things will start to move in 2020, partly because automated selling will gain critical mass among TV stations.

“I think that in 2020, we’ll see the beginnings of more long-term upside for locally focused television media companies,” Myers says.

Political is turning out to be stronger than expected. Last fall, Steve Passwaiter of Kantar Media’s Campaign Media Analysis Group, estimated that the total political spend would be $3.85 billion with TV station getting $2.4 billion (62%) of that.

Total spending will be up 43% from 2014, the most comparable year in the four-year political election cycle. Broadcasters’ take will grow 26%, but the numbers show they are losing share to cable and digital, primarily Facebook and Google.

Passwaiter notes that this could be cable’s first $1-billion year and that the controversies surrounding Facebook’s and Google’s roles in the 2016 election have not slowed spending on them.

Michael O’Brien, VP of distribution at E.W. Scripps, says that what’s interesting about political this year is the top 10 markets are not getting as big a share as they have in the past.

“From the conversations I’ve had with people spending the money, they are not seeing what the mid-major [markets] are seeing.”

The one exception may Chicago, the No. 3 DMA. Passwaiter reports that political is strong there, along with Reno, Minneapolis and St. Louis, while sales in Las Vegas and Florida’s markets are red hot.

When political fades away in non-election years, station sellers have relied on automotive to pay the bills. However, that sector, which accounts for about 25% of spot revenue, has been problematic this year, and there’s no clear sign that the category will improve to any notable extent in 2019.

“This year, although the economy and job market are strong, we see continued pullback in retail sales [of new cars] notably due to rising interest rates and vehicle prices,” says Bill Rinna, LMC’s director of Americas vehicle forecasts. “Looking ahead to 2019, we see a slight decline as higher interest rates and used vehicles will play more of a factor.”

Steve Lanzano, president of TVB, says that auto spending is down about 10% this year. Part of that is due to “changes at the manufacturers in terms of executive management and advertising agencies. And there are not nearly as many new car launches this year.”

Given the cost of owning or leasing a new vehicle, people are taking a harder look at used car deals, says Lanzano, noting that that is not a segment that usually buys spot.

“Where we’re seeing the biggest hit is with Tier 1, the manufacturers. They’re not spending as much as they have in the past. We’re seeing less of a decrease in spending in Tier 2 [associations], and, with Tier 3 [local dealers] we’re even with the category,” Lanzano says.

Auto isn’t the only problem. Michael Leszega, manager of market intelligence at Magna, says he reduced his forecast for spot based on the quarterly reports of the publicly traded station groups. Displacement has been a factor, he says, but local advertisers have discovered they “can easily switch over to Facebook or Google.”

Lanzano says telecom has been “up and down;” retail has been flat to up a bit. Others say the quick service restaurant category has been negatively affected by McDonalds, previously a huge spot spender.

It used to relegate media buying to 30 regional agencies but has now consolidated media planning at OMD. The spot dollars now have been largely shunted to network and digital.

However, “Subway has launched a major new rebranding initiative in the back half of ’18,” says one station executive. “They have allocated a big percentage of their spend to local broadcast. As a result, our Subway business has been way up.”

Good news also comes from the heath, home improvement and legal categories, which have each risen around 12% to 14% this year, according to Lanzano.

There are other trends that could positively impact the business. Among them is the possibility that new station consolidation deals will boost the value of spot to advertisers, making it easier for them to transact with large-scale buys, says Justin Nielson, senior research analyst, media and communications at S&P Global.

“With advanced advertising analytics and new advertising opportunities on the digital side, I’m a little optimistic on what might happen in 2019,” he says.

Mark Fratrik, SVP and chief economist at BIA Advisory Services, sees other positive indicators for 2019. “The general economic conditions are pretty healthy. Consumers are spending at a decent amount…. That will certainly help TV stations.”

Fratrik adds a note of caution. If the trade wars escalate, it might have a dampening effect, he says.

The broadcast television biz is on its back and flailing..Only brain surgeons are buying stations these days….