Back to TVNewsCheck Home Print this page
DMA 12: PHOENIX 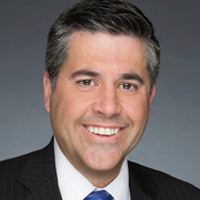 James currently is director of sales for the stations and replaces Ed Munson, who retired in September.

“Kevin has been an outstanding leader in the Meredith Local Media Group since 2005, and I am confident that he is the right person to lead ‘Arizona’s Family’ into the future,” said Patrick McCreery, Meredith Local Media Group president. “Kevin has great strategic vision for CBS5 and 3TV and he understands the opportunities in our industry. I look forward to seeing great growth and success under his leadership.”

James joined Meredith as the local sales manager at KPHO in 2005. He was promoted to general sales manager at Meredith’s Fox affiliate in Las Vegas, KVVU, in 2013. He returned to Phoenix in 2017 to be director of sales position at KPHO-KTVK.

James earned a Bachelor of Arts in media studies-broadcast journalism from the University of North Carolina at Greensboro. He is a graduate of the National Association of Broadcasters Education Foundation’s Executive Development program, and a graduate of the Leadership Las Vegas Leadership Advance program.