Back to TVNewsCheck Home Print this page
NEWSTECHFORUM 2018 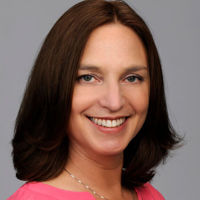 A workflow innovator who has helped guide the broadcast industry’s vanguard through the IP transition will interview two technologists currently on its front lines during a session at TVNewsCheck’s annual NewsTECHForum on Dec. 10 at the New York Hilton.

Marcy Lefkovitz, vice president of technology and workflow strategy at the Disney/ABC Television Group, will moderate the panel “Live News Over IP.” “Marcy Lefkovitz has played a key role in Disney ABC Television Group’s ongoing transition to IP,” said Kathy Haley, TVNewsCheck’s publisher and co-founder. “Brad and Tony have led the way for NBCUniversal Owned Stations, putting a foot in the water by building one of the first television stations to utilize an IP core. And Matt comes from the vantage point of a pioneering IP player working to extend its influence from the field into the studio. It’s going to be a fascinating discussion.”