At TVNewsCheck’s annual NewsTECHForum on Dec. 11 in New York, consultant Hank Volpe will moderate a discussion among four broadcast tech experts on best practices in field production; communicating with the newsroom;and acquiring video anywhere, any time and anyhow, along with getting the content back securely and economically.
By TVN Staff | November 13, 2018 | 6:12 a.m. ET. 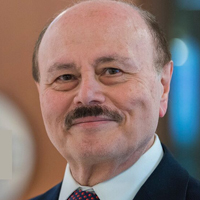 Engineers from ABC News and NBC, CBS and Cox-owned stations will tackle the challenges of optimizing news production in the field at TVNewsCheck’s annual NewsTECHForum on Dec. 11 at the New York Hilton. The panel, slated for Dec. 11 from 10:45 to 11:30 a.m., will look at best practices in field production, communicating with the newsroom and acquiring video anywhere, any time and anyhow, along with getting the content back securely and economically. “Most TV reporters now spend nearly all their time in the field, acquiring video, creating packages and sharing their news online, on social and on mobile while getting ready to go to air,” said Kathy Haley, publisher and co-founder of TVNewsCheck. “The tools for producing news in the field are growing more sophisticated and this panel will look not only at strategies for producing great stories on the run, but finding the right gear to work efficiently and creatively.”