Back to TVNewsCheck Home Print this page
NEWSTECHFORUM 2018

At TVNewsCheck’s annual NewsTECHForum on Dec. 11 in New York, Michael Depp will moderate a discussion among four broadcast experts on how to make the most of OTT content, tech and monetization.
By TVN Staff | November 19, 2018 | 5:43 a.m. ET. 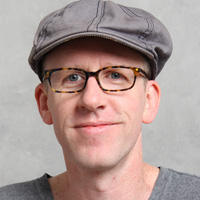 Pioneering broadcasters in the over-the-top television (OTT) space will share their best practices for optimizing content, technology and monetization opportunities at NewsTECHForum on Dec. 11 at the New York Hilton. “Audiences, especially younger demographics, are in a steady migration to OTT, and broadcast news needs to find its place and revenue opportunities there,” Depp said. “Jeff, Ian and Frank have been way out in front of the pack on this platform and can speak firsthand to tackling its programming and technology challenges, along with its best prospects for monetization. Derek’s technology has been helping broadcasters and newspapers plant the OTT flag from early on.”