Back to TVNewsCheck Home Print this page
DMA 47: ALBUQUERQUE, NM 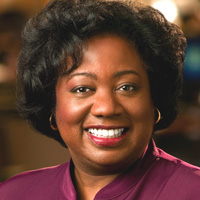 With her new appointment, effective Jan. 1, 2019, she succeeds Mary Lynn Roper, a New Mexico broadcasting icon who also rose through the journalism ranks of local television and transitioned to the general manager role at KOAT after serving in corporate news leadership. Waldon’s successor as KCRA/KQCA news director will be announced at a later date.

“Lori is an accomplished, award-winning journalist with an outstanding record of leadership,” said Jordan Wertlieb, Hearst Television president.  “Lori brings the experience, skills and reputation to build upon the exceptional work of Mary Lynn and the KOAT team.”

Waldon joined KCRA from WISN, Hearst’s ABC affiliate in Milwaukee, where she was Wisconsin’s first African-American news director and led that station to news-ratings leadership and a national Murrow for Best Newscast.

Before joining Hearst at WISN, Waldon was assistant news director at Sacramento’s KOVR and, before that, she was managing editor at San Francisco’s KPIX.

Related Story  Stephen Colbert Is 'Tooning Out the News'

She holds a bachelor’s degree in political science from the University of Southern California and a master’s degree in broadcast journalism from Northwestern University.

Waldon’s many industry responsibilities underscore her leadership role in television journalism: She serves on the NBC News Directors Task Force, and earlier served as chair of the ABC News Directors Advisory Board; she is a visiting faculty member at the Poynter Institute for Journalism Studies; she is a Leadership Coach for the RTDNA; she is a graduate of the National Association of Broadcasters’ Broadcast Leadership Training program; and she is an active member of the National Association of Black Journalists.

Good on her! Don’t know her but she has has a great record of accomplishment and deserves this promotion. Make sure you have a good GSM and all will go well.