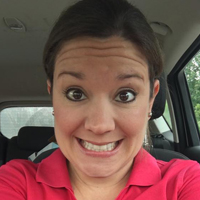 Hampton was recognized for her humorous, self-effacing Facebook videos that have earned her an enormous following on the platform.

She and fellow honorees will be presented with their awards on Dec. 10 at the New York Hilton, where they will also take part in a panel discussion with Kim Wilson, president and founder of Social News Desk, the presenting data partner for the awards.

TVNewsCheck spoke with Hampton about how she has successfully transmitted her unique personality on Facebook and her advice for news reporters to distinguish themselves there.

Your personality and character are central to your Facebook presence. How did that persona come together?

In news, you have a public face. You can let a little of your personality show, but not too much because you still want to be a credible source for news and information. When I started doing my Facebook Lives, I started acting like myself and people seem to like it. So my Facebook persona is 100% me. And that’s what I think is so cool because I think I’m kind of obnoxious. But it’s funny that people see the real side of me and they like it. What’s your advice to news talent who want to distinguish and uniquely brand themselves on Facebook?

My path was different because I was already doing stories that were feature-based, so they were already fun, personality-driven stories for TV. The hard thing for anchors and hard news reporters is that they can’t get too crazy on Facebook Live because they still have to stick to that line of credibility. But sometimes they stick to that line too hard and don’t recognize the value of letting people see what they are like in real life.

I think that builds a dual connection with TV viewers because you talk to them on Facebook Live like you normally talk. Just talk like you and I think that’s a great platform to do that.