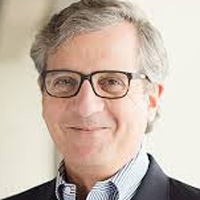 Freedman is a longtime veteran of the broadcast and advertising industry, having held senior sales and executive management roles on both the sales and client sides, most recently as VP of sales at Raycom Media. On Jan. 2, Raycom was acquired by Gray Television.

In commenting on the newly created position, Henson said that “we are fortunate to have someone with Wayne’s experience moving into this important role with ASM. Wayne has been a sales leader his entire career.  He brings us a unique perspective that will serve ASM stations well, and help us better understand and serve our customers and our communities.”

Freedman is a graduate of Northwestern University. He began his career as a member of a newly created Sales Training Program at Blair Television, followed by working in Blair’s Chicago, Minneapolis, and New York offices. He then became national sales manager at WXIA Atlanta, going on to become local sales manager and VP-general sales manager there before becoming corporate VP of sales for Gannett Broadcasting.

He subsequently became EVP marketing for Wolf Camera, the Atlanta- based photo retail company with more than 800-stores nationwide. In 2001, Mr. Freedman returned to television as Gannett’s corporate VP of business development before moving to Raycom Media in 2010.