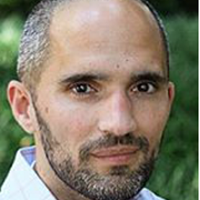 He will report directly to Spectrum Co. President John Hane, and in his role as chief operating officer will help lead the growth of the consortium to pursue new advanced business opportunities involving the ATSC 3.0 standard.

The Spectrum Co. consortium’s goal is advancing the adoption of the ATSC 3.0 transmission standard across the broadcast industry and identifying new and innovative services that leverage the unique characteristics of this new standard.

Javid most recently was an attorney in the Washington office of Hogan Lovells US, a global law firm with a communications, internet and media practice, where he primarily focused on counseling clients in the telecom and broadcast sectors.

Prior to his time at Hogan Lovells, Javid was the chief data officer to the FCC’s Incentive Auction Task Force, which was responsible for implementing the world’s first two‐way spectrum auction. At the FCC, he led an operations research team tasked with developing optimization models to study key policy and technical issues. This work at the FCC was awarded the 2018 Franz Edelman Award for achievement in advanced analytics, operations research and management science.

In addition to his government service, Javid has more than 15 years of industry experience in the high‐tech space. He was co‐founder of RadioSherpa, which had developed the first real‐time electronic programming guide for HD Radio. This company was sold to TuneIn Radio, an internet radio application on the iPhone and Android platforms. In addition, he was the first employee at a wireless mesh networking company that was a pioneer in the IoT space.

Javid was also a venture capitalist and management consultant focused on telecom.

He has degrees from Wharton School of the University of Pennsylvania and UCLA School of Law.

Hane said: “Sasha brings a unique combination of entrepreneurial, operating, legal and technical experience that will be incredibly valuable as Spectrum Co. builds it team. I look forward to working with Sasha to identify those next generation applications and services that will be made possible by the broadcast industry’s transition to the ATSC 3.0 standard.”