9 p.m. ET is where the big dogs roam. Fox News Channel's Sean Hannity and MSNBC's Rachel Maddow are the top two personalities in cable television. They still are, but Chris Cuomo's Prime Time quickly established itself as CNN's most-watched program and, with 1.64 million viewers in January, is having its best month, according to Nielsen.
By David Bauder | January 29, 2019 | 4:32 p.m. ET. 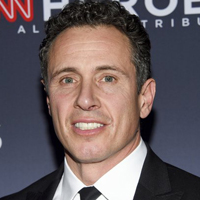 NEW YORK (AP) — When CNN gave Chris Cuomo its 9 p.m. ET time slot last June, there was reason to fear it could be a television suicide mission.

After all, that hour is where the big dogs roam. Fox News Channel’s Sean Hannity and MSNBC’s Rachel Maddow are the top two personalities in cable television. They still are, but Cuomo’s “Prime Time” quickly established itself as CNN’s most-watched program and, with 1.64 million viewers in January, is having its best month, the Nielsen company said.

“For certain, it was a challenge to begin with,” said Melanie Buck, the show’s executive producer. “I thought that going in there as the underdog gave us the chance to go in there without expectations that we would compete with them on a nightly basis. I think it took some of the pressure off.”

For CNN, viewership in the time slot is up 49% over last January, when the network aired the second of two Anderson Cooper hours, Nielsen said.

Cuomo’s show made news in January with a head-scratching interview by President Donald Trump’s lawyer Rudolph Giuliani. Buck said she and Cuomo sought to build a show around the host’s expertise in law and politics, and skill in interviewing.

It was a big week for news: Fox News Channel, MSNBC and CNN were the three most-watched cable networks, including all of entertainment. Fox News also reached the 17-year mark as the top-rated network in cable news.

Among the broadcasters, CBS won the week in primetime, averaging 5.7 million viewers. NBC had 4.9 million, ABC had 4.6 million, Fox had 3.2 million, Ion Television had 1.44 million, Univision had 1.38 million, Telemundo had 1.2 million and the CW had 1.1 million.

Primetime viewership numbers compiled by Nielsen for Jan. 21-27. Listings include the week’s ranking and viewership.