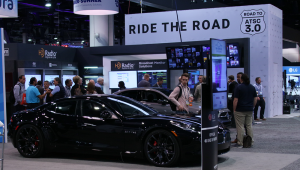 LAS VEGAS — For the second year in a row, attendance this week at the NAB Show in Las Vegas was down, but not nearly as sharply as last year.

As of Wednesday morning, the NAB had not yet released figures for the number of exhibitors and exhibition space. In 2018, they were 1,718 and 1,020,247, respectively.

“Once again, NAB Show is the premiere showcase for the latest advancements that reshaping the world of media, entertainment and technology,” said NAB spokesman Dennis Wharton in a statement.