Soul Of The South Boosts Carriage Over 34% 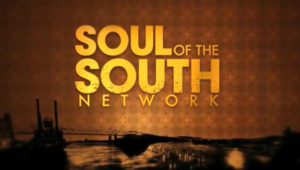 Soul of the South has gotten a big boost in coverage, having signed a distribution deal with low-power TV group HC2 that will put the black-targeted diginet in 29 markets covering 34.2% of total TV homes and 44% of African-American homes.

The new broadcast coverage comes on top of 1.2 million cable homes that it reaches through Comcast and Frontier systems in 10 markets.

CEO Doug McHenry declined to discuss terms of the deal other than to say it involved more than straight barter. Like most diginets, SOS relies mostly on direct-response advertising for support.

At the NAB earlier this month, it announced a “strategic programming arrangement” with The Film Detective programming distributor for rights to 100 of its titles, including Get Christie Love, Within Our Gates and Crackdown Big City Blues.

SOS was launched in 2013 as a general entertainment diginet, but has failed to gain much distribution either on broadcast multicast or cable.

McHenry, an entertainment lawyer who has worked for Peter Guber and Quincy Jones, was brought into SOS in 2015 to handle programming. In 2017, he was upped to CEO. McHenry, who is African-American, is the principal owner with more than 60% of the equity.

In 2018, McHenry and a small group of other investors bought the programming rights, brands and other key assets of SOS from the original owner and developed the new movie-based programming strategy. “We want to be the No. 1 network for African-American movies,” he says.

The shift to the new format will coincide with a slow transition to a new name for the network. By the end of this year, McHenry said, the SOS will be known as Slang TV. The brand has tested well, he said, noting that “slang” connotes multiculturalism and that the word also means selling in black communities.

And just like black music other aspects of black culture, McHenry believes the programming will have appeal beyond African Americans.

Finding broadcast outlets for the network has been tough, he said. “Right now, we have consolidation in the business and there is less capacity and more content than there has been before.”

But McHenry believes there is still room for the right diginets and that more opportunities will open up as broadcasters slowly convert to the new ATSC 3.0 broadcast standard. With 3.0, he says, the ability of a station to multicast will expand from a half dozen channels to as many as 24.

Despite the struggles, McHenry is confident that SOS/Slang will eventually achieve its distribution goal of reaching the top 50 black markets and that the viewership will follow.

SOS/Slang has direct competition — Scripps’ Bounce on multicast and BET and TV One on cable. Still, says McHenry, African Americans, who “over index” in TV viewing, are underserved, even though they pump $1.4 trillion into the economy each year.  “There’s room for five or six or maybe nine or 10 black networks.”

McHenry says there are some 140 Spanish-language networks even though the Hispanic population and its impact on the national economy are only marginally greater than those of African Americans.

McHenry says he is planning a complementary ad-supported OTT channel that will offer movies on an on-demand basis. So, as the linear network reaches broadcast and cable viewers, the OTT stream will bring in mobile viewers, he says.

HC2 Broadcasting in owned by high-risk, high-profile investor Philip Falcone. For the past two years, he has spent more than $100 million buying up mostly low-power TV stations with the goal of establishing a national over-the-air network.

If Falcone has a plan for the stations other than a platform for minor networks and diginets, he has not yet shared it.

I didn’t know there was 140 Spanish language yup, I agree got to prove it. SOS/Slang isn’t going to catch on as those buy direct ads are the only thing is keeping the lights on for them never heard of the network until now.