Media asset management systems, some of which interact with the cloud and use artificial intelligence to personalize content, are growing in acceptance among TV broadcasters as they add scaled-down functionality, standardization and microservices.
By Jennifer Pallanich | April 25, 2019 | 10:26 a.m. ET. 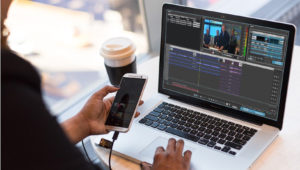 Once met with skepticism by many broadcasters, media asset management (MAM) systems are fast evolving.

The systems, which allow broadcasters to quickly find, repurpose and distribute their content, have slimmed down and become more flexible. They’re interacting with the cloud and using artificial intelligence to personalize content, all of which has brought MAMs into a new era.

But that era isn’t without new complexities. The MAM space is becoming increasingly fragmented, Jenn Jarvis, Ross Marketing product manager for editorial and asset management, says, adding not all systems are the same.

Further complicating matters, says Jarvis, is the fact that MAM is “three letters that can mean a lot of different things to different people.” Video and graphics assets, having varying file sizes, formats and lifecycle roles tend to follow different workflows, Jarvis says.

Ben Davenport, portfolio manager at Arvato, considers MAM to be in its third wave of development now. The first was about 20 years ago when the industry started to move toward using files for video and audio rather than tapes.

The second was about a decade ago when full-quality media was being moved around as well. Those large, on-premises systems “got a rep for getting big and bulky and complex,” Davenport says.

This third wave, he says, is centered on scaled-down functionality, standardization and microservices.

“We definitely went through a phase last year where we start using commoditized hardware,” Davenport says. The industry is also starting to use standardized APIs and interfaces and moving away from proprietary protocols, he adds.

Other industry dynamics are also pushing MAMs forward. “The news and sports worlds have pushed boundaries of asset management” because it’s so important for them to be able to locate previously created content,” says Alex Keighley, senior director of strategic accounts at Avid Technology.

Arnaud Elnecave, VP of marketing at Dalet, says MAM can make it possible for journalists to better collaborate, curate and reuse content. Dalet client Euronews went from creating one story to up to a dozen stories with the same staffing levels by using MAM to transform the way they produced the content, he says.

Euronews developed its CMS with another partner but connected it to Dalet Galaxy to make publishing flow efficiently. By using the MAM to personalize content for the audience, Elnecave says the audience increased by 60%.

“The next game will be how to do that 12 million times if your audience is 12 million,” he says. The focus is how widely can you reach the audience, and how deeply you can narrow the model to personalize the experience, Elnecave says.

Bruce MacCormack, head of business strategy/media technology and infrastructure services at CBC/Radio-Canada, says harvesting past content makes it possible to deliver a more robust story. For example, he says, during elections, a station might cover a politician’s promises and find previous politicians promising the same thing and not delivering. Putting a current story in the context of the past, he says is “the sexy part” of what MAM offers broadcasters.

CBC is rolling out an enterprise MAM from Avid for its radio, TV and digital operations for both English and French content. CBC started the rollout with its English radio network and expects to move television to the Avid MAM next year, MacCormack says. One reason the organization has worked to consolidate its assets on a single MAM is to automate workflows and take advantage of certain artificial intelligence (AI) capabilities that will help CBC move deeper into personalization.

“One of our strategies going forward is making a better experience for users by letting them get a more customized set of content present in a sequence that’s appropriate, and the way to do that will be with AI,” MacCormack says.

AI runs on metadata, MacCormack says, and “we have a lot of metadata.” This drives the question of how one story relates to other stories, he says, and CBC is working on a tender for interpreting media content through AI.

“AI is going to help us create an even more advanced record of what that content is,” MacCormack says. Because news items are information-rich, he says, it may be easier to mine that content for information such as subject, location and people, and for patterns to become more obvious.

Content moving through the Avid MAM to Azure can take advantage of Azure’s AI cognitive services, Keighley says. This automated metadata, such as transcription and face and voice recognition, is an additional layer of information that goes well beyond naming the story’s journalist, editor, geolocation, data and topic.

“If [President] Trump says specific words or words within a certain space of time, you can find that content quickly. You can use it, create it, distribute it,” Keighley says.

New this year, Keighley says, is a phonetic search, which makes it easier to find content in the MAM.

Storage needs vary from content that is being used frequently to near-archive storage that may be needed soon, to deep-archive storage, where content may take several hours to access.

An organization looking to replace an aging MAM will need to decide whether the content should live on-premises, in the cloud or a hybrid. Keighley believes the cloud will “fundamentally change how we store all our media and how we access it. It becomes easier and easier to have multiple remote workflows accessing the content.”

The cloud, he says, makes it possible for organizations to save money by reducing real estate needs related to storing content.

“A MAM used to be hugely complex, but at least you knew where it was going to be,” Keighley says.

Robert Gilkes, Sony’s product manager for content and workflow solutions, says one of the biggest benefits of AI capabilities tied to a MAM is the ability to automate tasks, such as transcription and metadata generation. AI can be used to carry out speech-to-text transcription and recognize faces, voices and optical characters, he says.

Broadcasters looking to digitize archives of content long stored in a basement or closet could take advantage of such AI services to enrich metadata for that content, Gilkes says.

For cost-efficiency, proxies of the content, rather than the high-res content itself, can be sent to AI engines in the cloud, Gilkes says. 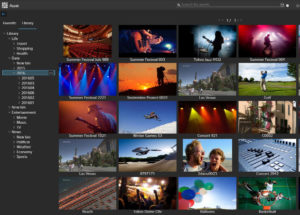 The way Media Backbone NavigatorX assets makes it possible to “forget about where your content is and how you’re going to get it back so you can focus on your content,” Gilkes says. The system integrates seamlessly with Sony cameras, which can push content from the field via wifi to the organization’s storage in the cloud or on-premises.

Tedial’s Jay Batista, general manager for US operations, says he’s seeing more movement into systems that use cloud-native tool sets. Most recently, Tedial highlighted its SmartLive product, an Avid plug-in that automatically clips highlights during sporting events and distributes them to social media. A sports truck with three people doing cuts and clips for programming might produce five to 15 highlight clips per game, he says.

Ross’ Jarvis says broadcasters are increasingly coming to terms with the fact that MAM is key to efficiency.

“They’re realizing it’s a piece of technology that maybe they should have invested in years ago,” Jarvis says. “It’s not a requirement to get the work done, but in an era of file-based workflows and doing more with less on more platforms, simultaneously, it’s more important than ever to be efficient.”

At heart, MAMs are intended to make it easier for users to find content. But some systems focus on graphics while others are tailored for video. Ross’ Streamline is a “MAM that could serve two purposes,” Jarvis says.

When paired with the Expression motion graphics system, it’s possible to “put assets into the same MAM and give users different sets of permissions and levels of access,” she says. “The goal is, regardless of where I’m publishing to, or what device I’m interacting with, all my assets that I’m using can coexist in one space.”

Primestream COO David Schleifer says asset management is evolving in its role in workflows. “Asset management can no longer just stand alone,” he says, but rather must serve as a “tool and trigger” for other actions in the workflow. The company created a solution for a client who needed to move assets between locations, the cloud and local storage. The goal, Schleifer says, was central smart asset management.

Part of the efficiency in asset management comes from moving only clips that need to be moved, he says. For example, if a user wanted to move 200 video clips from London to New York, Primestream’s MAM checks to see if the video already exists in the New York location. “It stops them from moving volumes of stuff and ending up with duplicate files,” Schleifer says. “We’re looking to remove barriers and let creative people be creative.”