Repack Rolls Into Phase 3 Despite Some Delays

Phase 2 of the FCC’s 10-phase schedule to move stations to new frequencies following the FCC’s incentive auction went fairly smoothly according to both the FCC and vendors involved in getting the necessary new equipment in place. Out of 115 stations slated to move in Phase 2, only 13 missed the April 12 deadline and, of those, four have since made the transition. The FCC grants of phase changes and STAs are helping keep the repack on track, says Don Doty of tower firm Stainless. “I have to compliment a government agency that said it was going to be flexible and then followed through."
By Harry A. Jessell and Glen Dickson | May 2, 2019 | 11:57 a.m. ET. 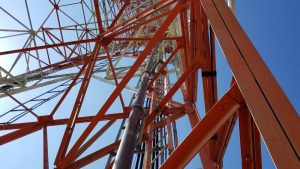 The second phase of the FCC’s post-incentive-auction repack of the TV band ended on April 12 with only minor slippage in the tight 10-phase repack plan, according to Jean Kiddoo, head of the commission’s Incentive Auction Task Force.

After some shuffling of stations of between phases, 115 stations were slated to shift to new channels in Phase 2. Of those, Kiddoo said, 102 made the deadline and 13 others bought more time by getting FCC approval to move into later phases — 12 into Phase 3 and one into Phase 5.

Kiddoo downplayed the phase-shifting, saying the 13 stations’ moves to their new channels were “virtually complete” when the deadline came. “They were waiting for delivery of one thing or another just to finish it off.”

In fact, she said, four the 13 have completed their moves since the deadline, leaving only nine still behind the original schedule as of yesterday.

The FCC has also greased the process by liberally granting Special Temporary Authority to stations to broadcast on interim antennas if they fall behind on the work on their permanent antennas. According to an FCC spokesman, 18 STAs were granted in Phase 2.

All in all, Kiddoo says, “we are very pleased” with the progress of the repack.

Following the incentive auction, in which the FCC sold 70 MHz of TV spectrum to wireless carriers and split the proceeds with broadcasters, the FCC had to repack — or reorganize — the TV band to segregate the remaining TV spectrum from the newly allocated wireless spectrum.

The repack plan devised by the FCC involves moving 987 stations to new channels in 10 phases over three years ending in July 2020. As of yesterday (May 1), Kiddoo said, the repack is 50 stations ahead of schedule with 253 of 987, or 26%, having made their moves.

But Kiddoo acknowledged that she can make the “ahead-of-schedule” boast mostly because of T-Mobile’s “Phase Zero” program, in which the wireless carrier (and major auction winner), paid broadcasters to move early, prior to Phase 1.

An FCC spokesperson added that the repack got off to fast start also because all the stations in Puerto Rico moved early as they rebuilt their transmission facilities in the wake of Hurricane Maria that struck the island in 2017.

Kiddoo said she does not anticipate any major delays in the remaining eight phases.

“We have already begun our outreach to Phase 3 and Phase 4 stations,” she said. “We’ve have not had any waiver requests or anything like that.”

Consulting engineers, tower companies and RF equipment vendors that are involved with the work of reinforcing towers and installing or moving antennas have expressed concerns that they may not be able to keep pace with the FCC schedule as the deadlines of upcoming phases shorten.

But Kiddoo said she was confident broadcasters can keep to the schedule as it moves into the critical summer phases.

“The broadcasters are working with each other. I think there has been an effort in a lot of the markets for stations to coordinate so they transition at the same time so viewers are rescanning at the same time.

“There are always surprises and we will deal with those as they come, but we can’t anticipatorily predict that that is going to happen.”

In one sense, the later phases have more time since all stations got the repack schedule at the same time in 2017, Kiddoo said. “They had their channel assignments even before the auction ended.”

The FCC has been winning praise for accommodating broadcasters with phase changes and STAs.

“We met all of our [internal] target dates, with the exception of one project where we had a delay,” says Don Doty, business development manager at tower firm Stainless. “The FCC professed to being flexible, and they were flexible — it was not a case of poor planning, but issues that were outside of the station’s control and our control.”

The exception was a project in Columbus, Ohio. Work has been delayed there because of trouble in Oklahoma, he said.

“If it wasn’t snowing or icing [in Oklahoma], then it’s wind. If you look at the weather forecast for last week and this week, it’s 10 days straight where there was always rain. And because the weather is volatile, the wind is always roaring, which is a problem when you’re working at 1,500 feet.

“I have nothing but praise for the FCC, for putting into action what they were saying they were going to do,” added Doty. “I have to compliment a government agency that said it was going to be flexible and then followed through.”