Outcome Selling Could Be TV’s Next Big Thing

It’s early days yet, but there’s growing interest from both sellers and buyers in doing ad deals with pricing based on impact at the cash register rather than abstractions like ratings points and impressions.
By John Consoli | May 8, 2019 | 5:39 a.m. ET. 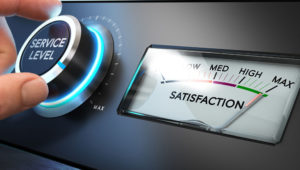 Broadcast and cable networks have been talking to advertisers and their media agencies about putting together ad deals based on a new metric — how much actual revenue the TV spots generate for the clients from the sale of the advertised product or service.

Such selling is the leading edge of a larger movement toward outcome selling, in which networks are trying to show — and advertisers are demanding to know — the actual impact of spots rather than mere viewership with ratings points and impressions.

“Our job is not to just sell ads, but to help advertisers sell their products, and the more products sold the better it is for our clients,” says Laura Molen, co-president of NBCUniversal Advertising Sales and Partnerships. “Company CMO’s put a lot on the line when spending money on TV ad campaigns. We need to help make sure their ad investments work.

“We talked with all the major marketers at this year’s CES [Consumer Electronics Show] and met with every major agency group while we were there. We are now hearing back from marketers who are very interested,” Molen adds.

NBCU plunged into deals based on actual sales with STX Entertainment in January. STX ran ads exclusively on NBCU networks for its new movie The Upside. The guarantee was based on U.S. ticket sales for the movie.

NBCU’s Audience Studio unit worked with STX and its media agency Horizon Media to come up with a predictive model to establish guarantees using previous ticket buying data from Fandango.

The movie took in $20.4 million in its opening week. But Molen wouldn’t say if that met the guarantee. “This was an experiment where we tested and learned,” she says, adding that NBCU continues to work with STX on future deals.

Sales-driven deals are the Holy Grail, but they face several obstacles, buyers and seller say.

To make it work, advertisers have to be willing to share with the networks their internal sales figures, which many are still reluctant to do.

And once they do, the advertisers, their media agencies and the networks — sometimes with the involvement of third-party tech companies — have to all work together to come up with predictive models to be able to estimate sales-based guarantees.

And each product category has its own variables, requiring its own predictive models and industry standards. Establishing those will be more complex than in others

Finally, a formula has to be derived so that an advertiser can buy ads on multiple networks at the same time and still be able to measure how much sales were driven by each network

While working to overcome those problems, networks and agencies are focusing on lesser types of outcome deals. Some will get done this year, but they will add up to only a fraction of the total network TV spend.

Horizon Media, in February, announced that it was creating a new ad agency called Big, which will buy ads for its clients that are priced and guaranteed based only on business outcomes like  traffic on websites, visits to car dealerships and stores and actual sales.

When it made its announcement, Horizon Media CEO Bill Koenigsberg said clients will pay the new agency only if the guarantee is reached. He also said he expects more than half of Horizon’s ad deals to be guaranteed based on business outcomes within the next five years.

Gene Turner, EVP of Horizon, who now oversees Big, says the new agency has put together a “nimble team and is already working with a limited number of brands.”

“Every business has its own unique KPIs [key performance indicators] and we need to work with them to understand what we can do to enhance their performance and drive [business] outcomes,” Turner says.

Turner adds that Big will forego this year’s upfront as it continues with exploratory work with its new clients, but that Horizon will be working with other clients interested in business outcomes deals with the networks.

WarnerMedia cable networks, formerly Turner, are also active in talks with advertisers about doing some experimental deals via sales outcomes. And so are the Disney networks, both broadcast and cable, which are now being sold by one sales unit.

“We have done a handful or two of these types of deals,” says Dan Reiss, EVP of Ignite, Warner Media Sales. “Some have been based on defining audience behaviors, some based on website visits driven by TV ads and others based on intent to purchase.”

Reiss says the sales deals based on guaranteeing pure sales results are the hardest to do. “We do think there is a strong opportunity to sell this way, but there are challenges too.”

Reiss says he’s reluctant to publicize the deals that they’ve done so far “because we are gathering sensitive sales data from the advertisers and those clients aren’t eager to share it or their plans.”

Both Molen and Reiss say right now moving the selling process to business outcomes, and more specifically, sales outcomes, is a continuous learning process for both the networks and clients.

“We’re not pushing business outcomes deals,” Reiss says. “But the agencies and clients are coming to us, asking about them. Most of them want to learn and experiment. All of our deals right now are learning based.”

He adds that in many of the deals, they are doing “soft” guarantees until the process gets more entrenched and more “hard” guarantees can be developed.

Reiss says the WarnerMedia networks, like NBCU, will do outcome deals in the upfront this summer for those clients that express interest.

Laura Nelson, SVP, performance advertising and solutions at Disney Ad Sales, says with the new sales structure of combining all the Disney networks — broadcast and cable entertainment, ESPN and CNN under the same umbrella — now completed, “we are starting to have conversations on how to sell and guarantee based on business outcomes. We are having those dialogues and we are open to doing it.”

Nelson says Disney has done no deals this way so far, but has done some testing with clients without any strict guarantees.

“We do have the mechanics to make it work, but every client is different as far as the level of data sharing,” Nelson says. Conversely, she adds, the networks need to share their viewer data and then there needs to be third-party verification.

Diana Bernstein, SVP, managing director of video investments at Havas Media, says while none of her agency clients have yet to do a TV buy based on sales outcomes, “we are already discussing with clients what is available in the marketplace and will continue to bring them opportunities throughout the upfront.”

Bernstein says Havas has been examining outcome guarantees “for a few years now in order to understand, access and determine how meaningful” they can be.

And while the networks have been vocal in terms of letting the agencies know what types of business outcomes deals they are willing to do, she says, they have “not been aggressive in pushing these types of deals.”

So what categories best lend themselves, at least initially, to business outcomes sales guarantees?

The networks say the best categories are the ones where the clients already have data on who’s buying their products — like direct-to-consumer companies, movie studios, retail chains and even those packaged goods companies that are able to closely track sales.

Auto, insurance and telco are other categories where companies have the ability to gather or monitor specific consumer sales data.

It’s taken several years for the TV networks and the tech companies to come up with ways to measure commercial viewership beyond just linear TV and across platforms, including digital. So selling and guaranteeing TV ads based on TV driven sales is not going to happen overnight. But significant inroads do seem possible within five years, the network and agency execs agree.

And while business outcomes deals may be few right now, it is expected to be hot topic among the networks and advertisers this summer.

ABC’s Nelson says: “During every upfront there is something that people are talking about. This year it seems like it’s business outcomes.”

And Havas Media’s Bernstein adds: “As fragmentation continues and eyeballs shift, it will be important for networks to prove that their platform and programming is meaningful in driving business results for clients.

“It’s one thing to be able to show purchase intent, but another to prove an agreed upon business outcome is attributed to an ad placed on their network.”

With all of our modern technology advances these days, we should be able to have more reliable tv ratings(shows and networks), op-ed’s and everything else with our HD tv’s, streaming and cellphone linkage, etc.

Why should the media be held totally responsible for the product’s performance. How is the media responsible for poor products, category comapetition and pricing impact by the advertiser. If an advertiser prices a an ill concieved product too high in a crowded market it’s the media’s fault if it fails in the marketplace? Sounds like a for mula for a bad brand manager to shift blame for their own failures. Will Bill Koenigsberg pay MORE, a bonus if you will over the agreed upon spot rate, after the fact IF his client’s product flies off the shelves???

Sounds like a return to more ‘Per Inquiry’ advertising, but not sure why the broadcasters would want to take on that much risk. Too many variables exist that can dramatically impact results negatively on the client side. For example, is the product priced right, is it available in the style/color/variation the consumer wants, is the e-commerce site working properly, what if the client has a poor quality product (Dodge & Land Rover – according to JD Power rankings), or what if the business has poor sales people at the business end? Of course the CREATIVE matters too – and it seems that many agencies spend more time trying to win awards than moving product. This concept can’t work for all parties involved.