Back to TVNewsCheck Home Print this page
DMA 42: JACKSONVILLE, FL 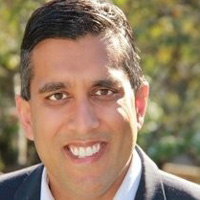 Cox Media Group Jacksonville, Fla.’s duopoly of CBS affiliate WJAX and Fox affiliate WFOX has appointed Omesh Somaru as the new director of sales, effective May 20, 2019. In his new role, Somaru will lead the sales efforts for TV in the Jacksonville market (DMA 42).

“Omesh brings experience, strong leadership, and an intimate knowledge of CMG – from systems and goals, to our thriving company culture,” says Bob Longo, general manager of Cox Media Group Jacksonville. “He is the perfect fit for our stations, and I’m confident that he will have both an immediate and long-term positive impact here in Jacksonville.”

Omesh started his career with CMG in 2007 as an account executive for WFTV Orlando. In 2010, he joined the sales management team at WRDQ Orlando before moving to KICU San Francisco in 2015

After two years, Omesh moved to Memphis, becoming director of sales in 2017, where he has served until this move.