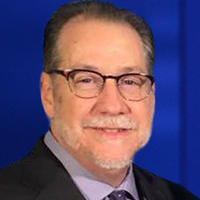 LaPorte succeeds Jake Milstein who left KIRO in July 2018 to pursue a new career outside of the news business. Managing Editor Lisa Blegen has served as the interim news director since Milstein’s departure.

LaPorte will lead a news team of more than 100 experienced journalists who produce the station’s daily news and digital content. He will be responsible for the overall planning and execution of daily news coverage, breaking news, special projects, investigative reporting, and special event coverage for all distribution channels, including creating content for OTT channels.

LaPorte will begin his new role in Seattle on Monday, June 17.

LaPorte joins KIRO with more than 30 years of experience in local television management and production, including the last seven years as the VP of news for WITI Milwaukee. During his there, the station earned an Alfred I. duPont award in 2018 and was honored by the Wisconsin Broadcasters Association as News Operation of the Year in 2011, 2013, 2017 and 2018.

A native of California, LaPorte received a Bachelor of Science in computer science from Oregon State University before going on to earn a Master of Arts in journalism and public affairs from American University.