Bill Lamb today was appointed vice president and general manager of KTTV (Fox) and KCOP (MNT), the Fox-owned duopoly in Los Angeles. He succeeds Bob Cook, who is leaving the stations to lead distribution efforts for FTS. 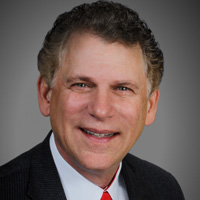 And Lamb added: “KTTV and KCOP present both, a rich history, and a great opportunity for the future. I embrace the challenge and can’t wait to get started.”

Most recently, Lamb was the vice president of Block Communications Broadcast Group, where he oversaw the operations of eight television stations in three markets, and was president-GM of WDRB and WBKI (MNT) in Louisville, Ky.

Prior to that, he was VP-GM of WMBD, WMBD-AM and WPBG-FM in Peoria, Ill. Before that, Lamb was general sales manager of WPLG Miami, and previously, WBRC Birmingham, Ala.

He began his career with various sales positions in Flint, Mich., and Nashville. In 2018, he was inducted into the Kentucky Broadcaster’s Hall of Fame. He is currently chair of the Entertainment and Sports Committee for the Fox Board of Governors. A graduate of Taylor University, Lamb holds a bachelor’s degree in business administration. He later received his MBA from Bradley University. 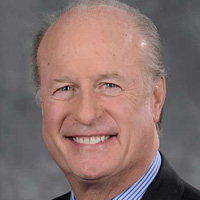 Cook has been currently VP-GM of KTTV-KCOP since August 2015.  Formerly, he was president of a media marketing and entertainment consulting business that he formed in 2010 called MBN Inc. based in Beverly Hills, Calif.

In 2000, Cook was named president of 20th Television and oversaw all the domestic television syndication business for the Fox studios. Under his leadership, 20th enjoyed sales and profits that grew year over year and were the highest in its history, exceeding $1 billion annually.

Before joining 20th Television, Cook was EVP of CBS Enterprises and King World Productions. Prior to that, he was SVP of marketing for Columbia TriStar Television, EVP of Guber-Peters Television and VP-station manager of KPXG Portland, Ore.

Cook has launched sales syndication for 140 television series and hundreds of motion pictures. He has also produced thousands of hours of reality and scripted programs.

In 2008, Cook was inducted in the Broadcasting & Cable Hall of Fame.

He is a graduate of Michigan State University.