Back to TVNewsCheck Home Print this page
DMA 4: PHILADELPHIA

He joins from NBC where he was vice president of sales for NBC/Telemundo’s Chicago properties, including WMAQ, WSNS Telemundo Chicago and the company’s Chicago national spot sales office.
By Mark K. Miller | August 5, 2019 | 5:22 p.m. ET. 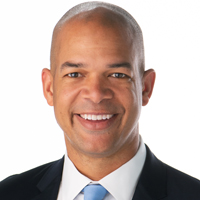 “I had the pleasure of first meeting Brandin nearly 20 years ago,” said Peter Dunn, president, CBS Television Stations. “Since that time, I have followed his career and been impressed by his accomplishments and the success he has had everywhere he’s been. I am very pleased that we have been able to recruit him to join our CBS Television Stations family and take on the responsibility for leading our talented and experienced team in Philadelphia. We look forward to having him bring his experience and passion for local media to Philly and help us shape the future success of our broadcast and digital platforms in this key market.”

“It is a thrill for me to reconnect with Peter and join the CBS Philly team,” Stewart said. “I am grateful for this opportunity and excited to make the move to Philadelphia. My parents are from West Philly and I have fond memories of visiting the Delaware Valley to see my grandparents. I can’t wait to get back and reconnect with the people and places that make Philly so great.”

Most recently, Stewart was vice president of sales for NBC/Telemundo’s Chicago properties, including WMAQ, WSNS Telemundo Chicago and the company’s Chicago national spot sales office. Before Chicago, Stewart was VP of Sales for NBC’s KNSD San Diego (2012-14) and director of business development sales at KXAS Dallas (2010-12).

Prior to that, he held sales executive positions at KNSD and NBC’s National Sales office in Atlanta. He began his career with NBC in the company’s sales associate program.

Stewart earned his bachelor’s degree in marketing from the University of Kentucky.