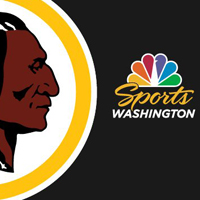 The Washington Redskins will become the first NFL team to have a gambling-focused telecast of their games, offering cash prizes to viewers who correctly predict in-game outcomes during the preseason.

The network will continue to offer a traditional telecast on its main channel, while the gambling-focused telecast will air simultaneously on its secondary channel, NBC Sports Washington Plus. Damon Phillips, the network’s general manager, says Wizards games saw increased ratings and fan engagement when the in-game contests were available.

Phillips says starting the interactive telecasts now allows the network to be ready when legal online or mobile sports betting becomes available in its viewing area. The network could in theory accept real-time wagers on proposition bets offered during the telecast if it were to partner with a sportsbook operator.

For now, the games are free to play and the network will give away $1,000 in cash to one winner per quarter of each game.