New Facilities Insider | Building A News Network From The Ground Up

It isn’t every day a new cable network emerges with a built-from-scratch facility. In Tallahassee, Fla., that’s exactly what’s taking shape as the Black News Channel readies for a Nov. 15 launch in 33 million U.S. cable homes.

There, just outside the city’s center, a 20,000 sq. ft. building is in the throes of preparation for the debut of this 24/7, ad-supported network geared to African-American viewers. 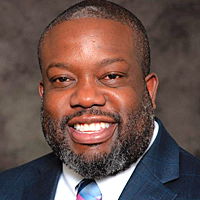 Elcock is overseeing the construction of a large studio A and a smaller, virtual reality-based studio B, along with three additional bureaus in New York, Atlanta and Washington, all slated to also launch this year (additional bureaus in Los Angeles, New Orleans and Jacksonville, Fla., are to be added further down the road).

With a total facilities cost hovering around $26 million ($15 million of which is its technology price tag), BNC is working with some 45 different vendors, no small feat of coordination and interoperability. So far, Elcock says there have been few hiccups. “But I’ve gotta knock on some wood,” he says.

BNC’s Tallahassee headquarters will host approximately 17,000 sq. ft. of production space with the remaining 3,000 sq. ft. devoted to offices for the nascent network. Working with a small team of 12 now and a goal to scale up to about 26 people, Elcock concedes the initial engineering operation is modest.

Elcock likens the new facility to a mall and its major vendor-partners the anchor stores. In BNC’s case, those anchors are chiefly Bitcentral, Vizrt and Sony.

At the center of what he says will be its “producer-driven new origination workflow” is Bitcentral, whose Core News product, Central Control solution and FUEL platform will be key to BNC’s arsenal.

Elcock says he was drawn to Bitcentral’s story-first approach to news production. Core News provides for real time production of live content to air from remote ingest points and also allows for easier versioning for linear broadcast, OTT and social content, he says.

“Bitcentral combined those three elements of master control into one product,” Elcock says. “That’s what attracted me the most because if I have to upgrade, it’s one vendor and one upgrade at low cost.

“A master control solution needs to be flexible enough to handle the multiple types of needs we have and also be scalable,” he adds.

While Core News and Central Control will be on-premises technologies, BNC will also be using Bitcentral’s FUEL platform, a cloud-based, streaming platform solution. FUEL enables content to be streamed on OTT, web or mobile, all important frontiers for BNC in finding early audiences.

“As they launch their news services, they will want to immediately begin seeking out new audiences to consume audiences in new ways,” says John King, VP of engineering for Bitcentral. 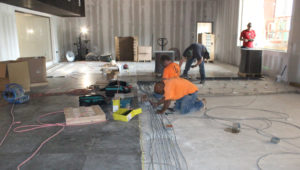 While Elcock says that a specific BNC OTT app isn’t in the immediate picture, the network is currently talking with vMVPDs about including its content.

“We are working on the actual contracts with some of the OTT providers, but from an engineering standpoint, we’re ready to go,” he says.

Wayne Schrand, senior director of sales for Bitcentral, says BNC can now leverage these three pillars of its technologies against each other. “It answered a lot of their needs for performance and gave them very clean flexibility for future growth,” he says.

Vizrt is another “anchor” in BNC’s build out as the network’s main graphic generator and distributor.

“We are deploying a complete storytelling and workflow solution there,” says Nicole Adams, sales manager, group accounts for Vizrt. Adams says that solution includes Viz Pilot, a cross-platform, template-based system to create high volumes of graphics; Viz Trio, a character generator for live events; Viz World, which enables the use of maps and geographic information into graphics; and Viz Social TV, a social management tool.

BNC will also use the Viz One media asset management system and Viz Engine components in its virtual studio for augmented reality graphics and content on its in-studio video wall, which was part of Devlin Design Group’s work for BNC.

“That will give us the competitive look of an ESPN or a CNN,” Elcock says.

On the virtual reality front, Elcock says at launch, VR will likely comprise only about an hour-and-a-half of BNC’s eight original daily hours of news content. “We think VR is probably going to be ideal for insertions or a topical story but not for our primary news generation,” he says.

Having looked at VR deployments at Hearst, Fox, CNN and NASCAR, Elcock says BNC was drawn to the uniqueness it can offer a network. He says the full site wall in studio B offers the prospect “of a lot of creative stuff,” but before scaling up VR’s use, he adds, “let’s see what the audience thinks of our VR elements.” 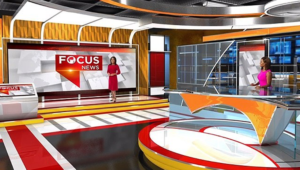 Those elements are most likely to be sports, entertainment and weather content, he adds. Two initial shows — the political talker D.C. Today Live and the lifestyle entry Being a Woman — will also have the goal “to push the envelope in VR.

Elcock says the Vizrt’s technology gives BNC the power to have in-studio graphics while still maintaining a professional channel branding solution. Any of the assets can also be moved from in-studio to master control for variations of OTT delivery or social playout.

Elcock illustrates, for example, that producers can now take a snapshot of graphics from the video wall and insert it into a social media story with all the rendering, compression and metadata still within the same platform and fully integrating with Bitcentral.

“Sony understands our business,” Elcock says. “They were with us seven years ago when we brought this idea to them and they have supported us all the way through.”

He says the Sony cameras were an easy choice (“They’re the best camera maker out there”) and that Sony’s ELC was “simple enough that we can all grow into it. I didn’t have to hire a veteran of 35 years to get a live product out.”

Other major vendors include Ross, which BNC has tapped for its encoder and camera robotics; Harmonic, for content encoders for OTT and linear; and AWS Elemental as its core transcoding vendor. Dan Devlin Design is working with BNC on both of its news sets and will help develop its bureaus, and AP ENPS is providing the channel’s news production system.

Staffing Up And Educational Partnerships

As Elcock faces the challenge of bringing all the technology together, he’s also tasked with finding the right team to run it. While he says he’d love to poach from his larger competition, he also knows that Fox and CNN didn’t necessarily launch with major broadcast engineering names on its bench, and he doesn’t expect to either.

“When you look at how other networks came about there weren’t a lot of big names,” Elcock says. “They grew their own talent.”

The hardest personnel to recruit have been those with extensive graphics experience, he says. But generally, if he can find the right combination of IT and scripting experience, “we can teach them the broadcasting side,” he says. “We’re probably hiring more programmers than broadcasters.”

Elcock says those efforts stem from a deep personal conviction to give back. “Being an African-American engineer in this broadcast business, I’m a rare talent,” he says. “Not a lot of kids have that opportunity or the exposure I’ve been blessed with.”

He says recruiting interns and staffers from HBCUs will also be a priority.

For all the technology Elcock is wrangling in likely the biggest challenge of his career, he says the human side of BNC’s endeavor has had the strongest impact on him.

“This is still a people business,” he says, noting that not all interoperabilities are about hardware and software.

“To have something that’s successful, you have to have the right people, and I’m seeing more and more that my interpersonal skills are more vital each day.”

[Editor’s note: This story has been updated to include AP ENPS as BNC’s news production system.]