Upfront ad sales spending by agencies reaches $2.4 billion. That’s about $300 million more than last season at this same time, and is largely because every one of those networks saw regular season ratings increases for their NFL telecasts last season.
By John Consoli | August 21, 2019 | 5:50 a.m. ET.

By the time the Green Bay Packers and Chicago Bears square off on the NFL’s opening night Sept. 5, CBS, NBC, Fox and ESPN will have booked around $2.4 billion in upfront ads sales for the season.

That’s about $300 million more than last season at this same time, and is largely because every one of those networks saw regular season ratings increases for their NFL telecasts last season.

Viewership across all networks was up 5%, with an average audience of 15.8 million viewers per game.

Those totals include two regular season games on Fox and three games on CBS that averaged more than 24 million viewers.

Every network has gotten cost-per-thousand percentage price increases over last season, ranging between mid-single digit and high-single digits. What’s more, just about every advertiser is back at each with some new advertisers jumping in.

Fox, which has the most ad units to sell, controlling about 40% of all NFL commercial impressions, has so far taken in about 8% more dollar ad volume for its Sunday afternoon telecasts, but a whopping 20% greater dollar volume for its Thursday night schedule.

Seth Winter, executive VP of Fox Sports ad sales, says: “The interest advertisers have shown in Thursday Night Football has been an epiphany for us.”

Meanwhile, NBC, has taken in double-digit percentage ad dollar increases for its Sunday Night Football telecasts, spurred by high single-digit ad price increases. It also boasts that that 15% of its brands will be newcomers.

“The scale of audience and the quality environment of the NFL games is unparallelled,” Lovinger says. “Advertisers seeking broader reach have few places left on TV to go. NFL telecasts have become the proxy to achieve mass audience reach.”

ESPN also has a great story to tell. Heading into the season, the cable network has taken in 20% more ad dollars for its Monday Night Football.

Jim Minnich, VP, revenue and yield management, Disney Advertising Sales, says each MNF game on ESPN has only about two ad units available for the season. Minnich credits not only last season’s ratings increases but also a strong schedule of TV games for the upcoming season. “This is the best MNF schedule we’ve had in a while,” he says.

At CBS, John Bogusz, EVP of sports sales and marketing, says: “We are pacing ahead of last year in ad dollars taken in by a double-digit percentage and are still writing business as the start of the season approaches.”

Despite the occasional controversies, on and off the field, the fans continue to love watching NFL games. And, consequently, advertisers, including many of the nation’s biggest spenders, have no qualms about putting boatloads of ad dollars into the telecasts. 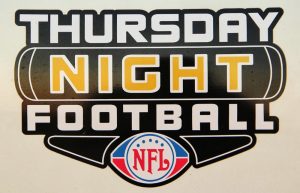 “The NFL is still the best thing out there for our clients,” says one media agency executive. “We haven’t had one major NFL client take any type of step back as far as NFL spending goes.”

“It’s been business as usual,” he says about the NFL ad sales negotiations heading into the season. “All the networks have been very aggressive in selling. Cost per thousand increases are ranging from 5% to 9% depending on the matchups, time period and time of season.

“But it seems like the overall number of ads sold heading into the season are way up over last year. And even though there are so many gross rating points to sell, pricing is still high because of the popularity of the NFL, the size audience they draw and the fact that advertisers love to be in live sports.”

An additional factor driving the market are advertisers who want to reach more women in primetime. 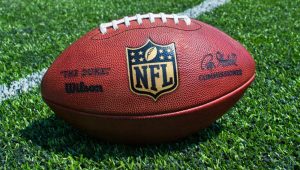 Primetime entertainment shows have traditionally been watched by more women than men, but with more over-the-top viewing on sites like Netflix, and more delayed viewing, fewer woman are watching broadcast.

Meanwhile, NBC’s Lovinger says, the size of the female audience watching the NFL is growing.

“We’ve done a handful of NFL deals both last year and again this year with some retail advertisers who have historically targeted female viewers,” he says.

And Lovinger says his sports sales team also collaborated with the NBC entertainment programming sales team to pick up ad dollars from clients who were seeking more reach. That resulted in some more new advertisers coming into SNF.

At the same time, Fox’s Winter says CBS losing The Big Bang Theory on Thursday nights this season, which traditionally drew a huge female audience, has contributed to helping Fox grow its upfront NFL sales by 20%.

Also helping NBC’s SNF sales, Lovinger says, is the NFL flex game rule, which beginning with the fifth week of the season, allows the network to substitute better game matchups than those on the original schedule if need be. That has also been a big draw for advertisers.

But despite flex beginning with week five, Lovinger says, the fixed SNF games during weeks 1-4 are also “heavily sold,” as are its two NFL playoff games in January. 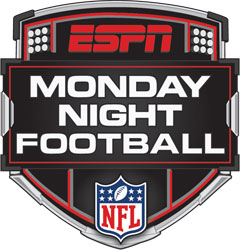 Disney’s Minnich says units still remain for the one wild card playoff game that will be simulcast on ESPN and ABC.

While all the networks are heavily sold heading into the season, one thing NBC did, Lovinger says, is to deliberately hold back scatter units to sell in games later in the fourth quarter for advertisers who want to reach holiday viewers.

According to iSpot.tv data, Verizon was once again the NFL’s largest ad spender last season, allocating $148 million to NFL game telecasts across all the network rights holders. GEICO spent $143.6 million. Both spent more than the previous year.

The categories showing the biggest increase in NFL ad spending for the coming season have been insurance, pharmaceuticals and tech companies like Amazon, Facebook, Google, Apple, Netflix and Microsoft. The pharmaceutical and tech categories have the most new advertisers or brands.

NBC has a new sponsor to replace Subway for its Football Night in America show that leads into the Sunday Night Football game telecast. It’s another fast food chain, but Lovinger did not want to announce it yet.

NBC’s other sponsors for kickoff, halftime and post-game are all returning. At CBS, Chrysler is back as pre-game sponsor and Verizon is back sponsoring the halftime show.

Both ESPN and Fox began their NFL sales well before the traditional primetime entertainment upfront.

While Fox has the most inventory to sell and also has the Super Bowl, Winter says he wants to be open for business year-round.

“My philosophy is that we are in the market 52 weeks a year and we will do deals whenever we can,” Winter says. “We have no restraints on how we do business selling sports.”

Likewise, Minnich says ESPN has the ability to sell year-round. He says while ESPN sells NFL inventory individually to advertisers, it also packages the NFL will other sports properties on the network.

“We started selling the NFL at the start of this calendar year, even before [last season’s] Super Bowl,” Minnich says.

While Fox is currently selling Super Bowl ad inventory, Winter is not commenting on how sales are going.

Fox, in conjunction with the NFL, has altered the length and frequency of the commercial pods in the upcoming Super Bowl. Instead of five commercial breaks per hour during the game, there will be four, but each pod will contain more commercials, so the overall number of spots during the game will remain the same.

While it might be applauded by viewers, the move has not made advertisers happy because it means a few less “A” or lead positions.

While Winter would not comment, media agency buyers familiar with the situation say that while Super Bowl ads are only about 50% sold so far at an average $5.5 million per unit, all of the “A” pods are already sold — and at a premium.