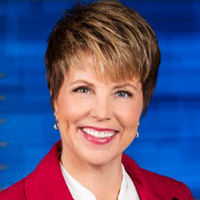 Choal is currently general manager of KSBY, Scripps’ NBC affiliate in San Luis Obispo, Calif., where she has led the station’s strong performance in revenue and news ratings.

Prior to this position, Choal was the station manager and news director of KVOA Tucson, Ariz. She also held newsroom leadership roles at KMGH, Scripps’ ABC affiliate in Denver, KVVU Las Vegas, WCCO Minneapolis and KPRC Houston, among others.

“Kathleen’s impressive experience in local television is underscored by her commitment to community journalism and her willingness to pursue innovative solutions for the stations she has served,” said Brian Lawlor, president of Local Media. “Her demonstrated track record of leadership at Scripps makes her a great fit to lead the KSHB and KMCI teams in serving local audiences and advertisers in Kansas City.”

Choal currently serves on the executive committee for the California Broadcasters Association and is for the Foundation for the Performing Arts Center.

“I am excited to begin the next chapter of my Scripps career with KSHB and KMCI,” said Choal. “Many of the best moments of my career have come from working with news teams to inform and empower their increasingly diverse audiences, and I feel honored to be able to dive into this work with the teams at KSHB and KMCI.”

Choal earned her bachelor’s in broadcast Journalism from the University of Wisconsin at Eau Claire.