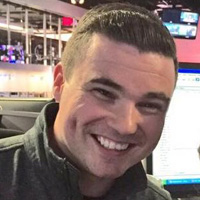 Shawn P. Reynolds has been named group director of news and content for Waypoint Media and it associated companies. Reynolds will be based in Little Rock, Ark., where he will lead all of the company’s news department’s television and digital operations, as well as its News Hub central production facility in Little Rock.

Waypoint owns or operates through its associated companies 16 television stations, four radio stations and digital marketing company NuLogic Marketing. In addition to the big four networks — ABC, CBS, NBC and Fox — Waypoint stations include affiliates of CW, MyNetworkTV and others.

Reynolds will report to corporate director of news and content, Elden Hale. “Shawn has the breadth of experience to lead our stations into both the television and digital futures,” says Hale. “His dedication and passion for quality local news fits our local philosophy perfectly.”

“I am extremely excited to help this team reach its full potential and bring the best possible news product to consumers on every platform,” Reynolds says.

A seasoned news executive, Reynolds has been producing newscasts for CBS O&O’s KCBS and KCAL in Los Angeles. He previously was news director for WTVM Columbus, Ga., director of network programming for AccuWeather, executive producer for WRTV Indianapolis and senior producer for WXIA and producer for WGCL, both in Atlanta.