Back to TVNewsCheck Home Print this page
DMA 48: LOUISVILLE, KY 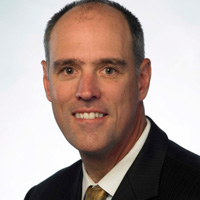 Woods, formerly with WSMV Nashville will take over for Bill Lamb who recently left to lead KTTV Los Angeles.

Prior to Nashville, Woods spent a decade at Tribune Broadcasting’s WHO Des Moines, Iowa. During that time he increased newscast ratings and was named General Manager of the Year by Broadcasting & Cable magazine in 2012. Woods also installed the country’s first S-Band radar at the station for improved weather coverage and earned one of the country’s first FAA drone certifications.

“Dale has an impressive background and is a visionary in our industry” said Allan Block, chairman of Block Communications. “His commitment to local news, weather and the community will be a tremendous asset for WDRB.”