Back to TVNewsCheck Home Print this page
DMA 64: DAYTON, OH 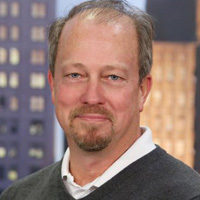 Sinclair Broadcast Group today appointed Michael R. Nurse general manager of its ABC affiliate WKEF Dayton, Ohio (DMA 64). He will also be responsible for the oversight of Sinclair’s provision of services to WRGT (Fox) under a joint sales agreement.

Nurse has been at WKBW Buffalo, N.Y., since 2002, most recently as general manager. Prior to that, he held various GM and sales management positions, primarily in the Boston and Washington, D.C., areas.

Steve Marks, EVP and chief operating officer of Sinclair’s television group, said: “We’re thrilled to be welcoming Michael to the Sinclair family. He brings 35 years of broadcast sales experience across various markets. We are confident that he will make an extremely capable leader in Dayton.”

Nurse holds a Bachelor of Arts in history and communications from Boston College.