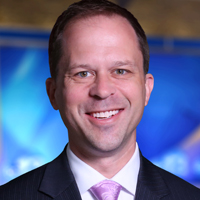 Wieder has been executive news director at WVEC since 2012. He joined the station in 2003 as a senior producer for the evening newscasts before being promoted to executive producer in 2007.

Under his leadership, WVEC has won several Emmy and Edward R. Murrow Awards for investigative reporting and news coverage. Wieder has participated in the Tegna Executive Leadership Program, an executive development program to prepare next generation leaders at the company.

Prior to joining Tegna, he worked as a reporter, anchor and producer at television stations in Richmond, Va.; Chattanooga, Tenn.; and Macon, Ga.

“Doug is a proven leader who is deeply invested in his team and community,” said Lynn Beall, Tegna executive vice president and COO for media operations. “His extensive experience, knowledge of the market, and passion for journalism make him a natural fit to serve the Hampton Roads and northeast North Carolina audience and communities.”