Syndication still sees an annual $1.8 billion despite audience incursions from streaming services. New entrants like The Kelly Clarkson Show and Tamron Hall are scoring with viewers, and the development pipeline for new syndies isn’t slowing down.
By John Consoli | October 31, 2019 | 5:56 a.m. ET.

From Sept. 1 through the middle of October, which includes the first five weeks of the new season, the 10 most advertised syndicated shows nationally had media agency clients cumulatively spending $117 million in their telecasts, according to iSpot.tv data.

While TV syndication viewership may not be as high as it once was and new first-run hits may be almost impossible to create, the top syndicated shows continue to draw broadcast primetime viewer levels.

And media agencies and their clients still find significant value in the syndication marketplace for not only added advertising reach but also to target certain demos, and not only older viewers. 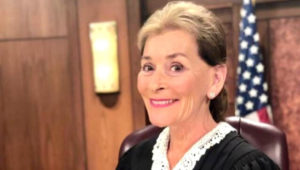 While overall syndication ad spending is not what it once was, advertisers are still cumulatively spending as much as $1.8 billion annually to advertise in syndicated TV shows shown on stations outside of primetime television. That is down only about 5% from five years ago.

“We have a number of clients who value syndication as a vehicle. Some have decreased their spending, but others have increased,” says Stefanie Morales, director of audience analysis at Magna Global. “It is definitely still considered a solid choice to reach audiences on linear television.”

Cumulative syndication ad spending might be down, but as Morales says, it is still a “consistent share of national TV ad spend.”

And Gibbs Halgun, GroupM managing director of media investment, says, “syndication is still a viable place for clients to advertise and will continue to be. It delivers significant ratings, good value, and advertisers are able to reach assorted demos. It gets less attention because it is not as sexy as primetime.”

Most syndicated shows have seen steadily declining ratings over the years, but that is no different than any other type of programming on linear broadcast or cable television. It’s largely the result of the rise of TV watching via new digital streaming and subscription TV services, which have been steadily altering traditional viewing patterns.

But GroupM’s Halgun says even as syndicated program ratings decline, those declines are “comparable” to those experienced by broadcast and cable TV — “no worse” — and that “the value of syndication viewing within broadcast homes will continue.”

This TV season has seen nine new syndicated shows cleared on TV stations across the country, the most in eight years, and while only a couple of those are projected to succeed and return next season, they have still generated much buzz within the syndication marketplace.

The show creaating the most excitement has been The Kelly Clarkson Show from NBC Universal Television Distribution, which after averaging 2.2 million viewers in its premiere week Sept. 9-13, has settled in averaging 1.8 million viewers a day, according to Nielsen data.

So far it is the fourth most-watched syndicated talk show in both total viewers and among women 25-54, and it got more viewership than 16 other syndicated talkers that have premiered since 2012. It has also been the only new syndicated first-run program to improve time periods compared to last year.

Clarkson is not drawing the sizable viewership that syndicated leaders Jeopardy (9.1 million), Wheel of Fortune (9 million), Judge Judy (8.6 million) and Family Feud (8.6 million) are getting, but those long-time syndication hits have built up audiences over decades and also air in early-evening primetime fringe time, when more viewers are home and able to watch TV. Wheel and Jeopardy have been airing since 1983 and 1984, respectively.

But Clarkson in its first couple of weeks can be favorably compared to other daytime talk shows like Dr. Phil (3.2 million viewers), Live with Kelly and Ryan (2.6 million) and The Ellen DeGeneres Show (2.5 million), and so far it is drawing more viewers than veteran talk shows including Wendy Williams (1.5 million) and Dr. Oz (1.1 million).

Another new talk show that has generated some attention has been Tamron Hall from Disney ABC Domestic Television. Hall, a former host of the Today show on NBC, has averaged 1.2 million after a premiere first week that averaged 1.4 million viewers.

Jerry Springer, whose original show ran for 27 years in syndication and is still airing but no longer in production, has a new half-hour show from NBC Universal Television Distribution titled Judge Jerry.

The new show, which is running back-to-back half hours, has averaged 1.4 million viewers since its premiere last month and is the highest-rated court show to premiere in syndication since Hot Bench in 2014.

The only other new syndicated entry drawing more than 1 million viewers is game show 25 Words or Less, hosted by Meredith Vieira, which is averaging 1.1 million viewers through mid October.

According to iSpot.tv data, Clarkson took in about $7.5 million in ad dollars from its premiere on Sept. 9 through mid-October, while Tamron Hall has pulled in $2.1 million.

Scott Trupchak, EVP, media sales for CBS Television Distribution, says advertiser interest in the CTD shows is as strong as ever with new advertisers in multiple ad categories including retail, consumer packaged goods, pharmaceuticals and technology.

Trupchak adds that advertisers have also been buying brand integrations in the CTD shows beyond traditional 30-second ads. He says a new Brand Studio Team was created to specifically sell integrations across the CTD portfolio of shows. Dr. Phil, The Doctors, Inside Edition, Entertainment Tonight and Jeopardy all have integrated partnerships.

Right now, CTD is selling the largest share of syndicated advertising because it has the most-watched shows. CTD also began selling ads for the Debmar-Mercury shows this fall, although Debmar is working with CTD on advertiser integrations for its shows beyond 30-second spots. CTD is also selling ads for Fox’s Twentieth Television shows, following Disney’s acquisition of some of the Fox properties.

So with many advertisers looking for an immediate mass reach extension to their broadcast and cable ad buys, CTD has been able to position itself as almost as another broadcast network.

“For the week ending Sept. 30, 90% of the audience that watched our syndicated programming watched it live plus same day,” Trupchak says. “And that is 75 million unduplicated viewers who watched that programming. Our shows are all five-days-a-week and most do primetime level ratings, so media agencies view us like they view the broadcast networks when buying TV advertising.” 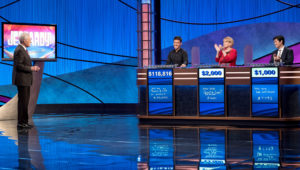 Pricing for individual syndicated shows is hard to determine because most shows are bought as part of packages and the syndication salespeople don’t comment on pricing. But a number of industry sources say top tier shows like Wheel and Jeopardy could be getting close to $100,000 per 30-second spot. Mid-range daytime shows like Ellen and Dr. Phil could be getting in the $40,000 to $50,000 range, while a hot new show like Kelly Clarkson could get as much as $25,000 per 30-second spot.

But as several media buyers say, ad prices can range widely depending on each client’s deal because everything is a negotiation.

So on what basis are media agencies buying syndicated programming?

A large portion of syndicated ad buys are based on extending audience reach for clients, and it’s also possible to make strategic demo buys.

“I think in totality, we look at syndication base on KPI (Key Performance Indicator) goals,” says GroupM’s Halgun. “We look at how we can build effective reach for a client [and] look at cost and how syndicated shows fit into an entire portfolio of a client’s advertising.”

Halgun says daytime syndication can be used as a way to add total viewer reach to supplement primetime broadcast buys, but can also be used to reach more female demos, including younger female viewers who are part of the Ellen and Access Hollywood audiences and now part of Clarkson and Tamron, among others.

And if advertisers want to reach young men, they can look at off-network adult animation shows like Family Guy.

As of now, three new syndicated shows are planned for launch in 2020. The first is a Drew Barrymore talk show from CTD, the second a show hosted by Nick Cannon from Lionsgate-owned Debmar-Mercury and the third an entertainment news half-hour featuring stories from People and produced by Meredith’s in-house production company Four M Studios. There is also talk of actor Jerry O’Connell hosting a talker.

Syndicators are still developing shows and shooting pilots, but the process is more under the radar than in the past, primarily not to tip off their growing number of streaming services competitors.

Tracie Wilson, EVP creative at NBC Universal Domestic Television Distribution, says this is her first launch of new shows since taking on her current role in April 2018. The studio shot eight pilots and cleared two, and she says they’ll be no let up, despite the inroads that streaming services are making to compete with all of linear TV, including syndication.

“This is the first time we’ve done a multiple launch for the same season for first-run shows and we also relaunched Access Hollywood,” Wilson says. “My strategy is to get into more development going forward. There doesn’t seem to be a lot of holes in syndication schedules for next year right now, but we won’t take our foot off the pedal as far as new development goes.”