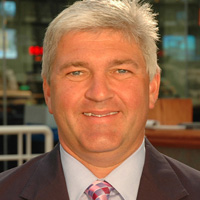 Gerry McGavick, who since 2017 has served as director of sales for Hearst Television’s ABC affiliate WMUR Manchester, N.H., will add the newly created role of director, political advertising, for Hearst Television. He will continue his sales supervision responsibilities at WMUR.

In addition to WMUR, Hearst Television’s 33 television stations and two radio stations include stations in the early presidential battleground states of Iowa and South Carolina.

“Gerry is truly one of a kind,” said Eric Meyrowitz, Hearst Television SVP, sales. “His extensive experience in New Hampshire has made him uniquely positioned for this opportunity. For years he has provided sales leadership in the political space. This is a well-deserved acknowledgment.”