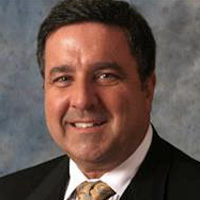 He will be moving from his current role as VP-GM of Nexstar’s WIVB-WNLO Buffalo, N.Y., to begin his new duties immediately. In his new role, Mancuso will report to Andrew Alford, SVP and regional manager of Nexstar Broadcasting.

During his tenure at WIVB and WNLO, Mancuso expanded local news, grew revenue and ratings, and developed a variety of exclusive local community and sports partnerships.

Over the course of his 35-year career in local broadcasting, Mancuso has held positions of increasing responsibility and led television stations in a variety of large markets, including Cleveland, Ohio; Nashville, Tenn.; and Chicago. He has broad experience in station management, operations, sales, marketing, and audience development and has initiated exclusive community projects by expanding local programming and delivering innovative multi-platform advertising and marketing solutions to his clients and community partners.

“Dominic is a talented and experienced local broadcast executive who brings a long track record of success to his new position,” said Alford. “He has been an exceptional leader of Nexstar’s leading broadcast and digital operations in Buffalo, and has consistently grown ratings, revenue and market share in a very competitive environment by expanding local content, providing innovative solutions for our advertising and marketing partners and deepening the relationship between our TV stations and the local community.”

Mancuso has long-standing family ties to Indiana, and he has spent extensive time there over the years. He graduated from The University of Notre Dame with a marketing degree and also holds an MBA in marketing and finance from Northwestern University.

Over the course of his career Mancuso has been extensively involved with the Illinois, Tennessee and Ohio Associations of Broadcasters, serving as chairman of the board in both Illinois and Tennessee.