He adds the duties at the sports network of the Boston Celtics while remaining station manager of NBCU's WBTS, WNEU and NECN there.
By Mark K. Miller | November 21, 2019 | 5:17 p.m. ET. 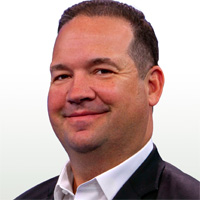 NBC Sports Boston has appointed Chris Wayland senior vice president and general manager of NBC Sports Boston, the official sports network of the Boston Celtics. Wayland, who was named SVP-station manager of NBC’s WBTS, WNEU (Telemundo) and NECN in February, will continue to oversee the sales, finance, marketing, and digital departments for the stations and NECN.

Wayland will be based in Needham, Mass., home of the new NBCUniversal Boston Media Center, where NBC Sports Boston will relocate, along with the two TV stations and NECN, by early January. He will report to both Mike St. Peter, president-GM of WBTS, WNEU and NECN, and Ted Griggs, president, group leader and strategic production and programming, NBC Sports Regional Networks.

Wayland has over two decades of experience in television. Before joining NBCUniversal earlier this year, he was SVP-GM of WPIX New York from 2016 to 2019, as well as Tribune Media’s as VP of group operations.

He also worked at Sunbeam Television from 2007 to 2016, where he held numerous roles, including EVP-GM of WHDH-WLVI Boston, and WSVN Miami, and general station manager and general sales manager of WHDH Boston.

He began his career at WLVI Boston. Wayland has a bachelor’s degree from Elmira College in New York.