The Los Angeles ABC Owned Television Station, winner of TVNewsCheck’s Social Media Excellence Award for large market stations, aims to “dial in to the information people are going to need” on Facebook. Its high engagement there reflects efforts to connect with the market’s sizeable Hispanic viewership and its deft management of topic-specific Facebook Groups.
By Michael Stahl | December 3, 2019 | 5:51 a.m. ET.

Last summer, President Donald Trump announced that the federal government’s Immigration and Customs Enforcement (ICE) leg would execute a series of raids in 10 major United States cities, part of a mass deportation effort. Unsurprisingly, Los Angeles — whose county is home to 4.9 million Hispanic people, many of them Mexican migrants — made the list.

But the area’s ABC Owned Television Station, KABC, made sure the people in its market were prepared.

“Regardless of what side of the [political] fence you were on, that has huge impact for our area,” says Hanna Maxfield, the station’s director of digital operations. “We reported that news and in addition to that we created another piece of content for digital, What To Do If ICE Agents Show Up At Your Door.”

The segment outlined what ICE agents legally can and cannot do while conducting a raid, and outlined citizens’ rights in such a scenario.

Maxfield says that piece supplies proof that the station is “really dialed in to the information people are going to need.”

She added: “I don’t think it’s a surprise to say that that story did huge.” 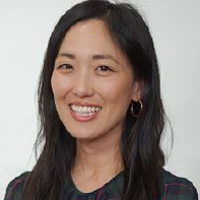 The piece drove tremendous traffic to their website, she says, and nearly 9,000 people shared the story via Facebook. (Other ABC affiliates, in cities that have vast immigrant populations like New York and Chicago, also posted the piece on their respective pages.)

For such reportage and their concerted effort to inform and engage its audience on Facebook, KABC-TV is being recognized as the TVNewsCheck Social Media Excellence Award winner for large market stations for 2019.

KABC was one of five nominees in the category determined by data partner Social News Desk’s live database of 12,000 local news Facebook pages. Social News Desk tracked 16 million posts by those pages, identifying those with the highest engagement per post as nominees in each of the awards’ four categories.

Not everything KABC produces for digital is so heavy. Instead of throwing every segment the station finishes up on its  Facebook page — which boasts nearly 2.6 million likes — the team moderates multiple Facebook groups, providing more targeted content. One is called “All Good News,” where the station uploads positive stories, including those of immigrants who have realized the American Dream, becoming a first-time, small-business owner, for example.

“When you think about news, a lot of people think about tragedies or breaking news,” Maxfield says, “but I think equally important is highlighting all the good that happens in the community, and a lot of that is going to have an impact on the Latino audience.”

“When we posted stories that were uplifting and positive, we would consistently get comments like ‘More stories like this please’ and ‘This is the kind of news I want to see.’ ”

(KABC also developed the Solutions for SoCal Homelessness Facebook group, to give its audience a place to discuss the growing homeless problem in the area and potential solutions. The group is composed of viewers as well as homeless advocacy organizations and community leaders.)

But the station’s attentiveness to user feedback, and engaging with its audience on social media, does more than help its team members build targeted Facebook groups. It also aids in their choosing of stories to run in the first place.

“Tracking the data back to our own platforms — our own website and app — [and asking] what was the engagement on it, what was the sentiment on it … we do that for every single piece of content,” Maxfield says.

It’s a lot of work but with the relatively new integration of social media technology into news delivery, ultimately, it’s a win-win. The station thrives and the people are more informed.

“Broadcast journalism and local news in general, I feel like we have a brighter future because of all the technology that’s out there,” Maxfield says. “We have a lot of tools in our hands now that we didn’t have before to be more effective journalists.”

Representatives of KABC and the rest of 2019’s Social Media Excellence Award winners will discuss their work in a panel moderated by Social News Desk’s Kim Wilson at NewsTECHForum on Dec. 16 at 4:45 p.m. at the New York Hilton. To register for NewsTECHForum, click here.