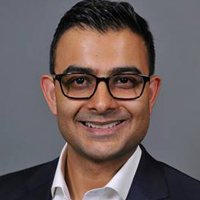 With the launch of Disney+ on Nov. 12, and HBO Max on the horizon, the fight over consumers’ wallets for subscription-video on demand (SVOD) services is only going to intensify.

Further complicating OTT’s SVOD picture is Netflix CEO Reed Hastings, who argued that it makes more sense to measure streaming popularity by consumer viewing time rather than net new subscribers, a shift that, in the U.S., at least, would make things difficult for incumbents with new services on the horizon.

According to a study by The Diffusion Group, nearly one-third of Netflix subscribers would consider switching to an ad-supported tier of the service if it was priced lower. Additional SVOD competition and continued cord-cutting among consumers will only increase the market opportunity for free, ad-supported-video on demand (AVOD) models.

These services are quickly gaining traction with news channels like Cheddar and Newsy as well as other channels featuring library content like Hulu, PlutoTV, STIRR, fuboTV and the soon-to-debut NBCUniversal Peacock, alongside hundreds of other niche networks that cater to any and every interest.

Ad-supported streaming services are ushering in the new, digital phase of premium TV.

AVOD is certainly in a much better place than it was just a few years ago, when the sector was rarely even acknowledged beyond well-established minority services such as Sony’s Crackle. Last year, we saw YouTube shift its YouTube Originals from its premium subscription tier to its wider, free service. And this year, we saw the launch of a free, Amazon-owned AVOD streaming service, IMDb TV, giving viewers ad-supported access to a range of movies, TV shows, and celebrity content.

With so many new streaming service models entering the ecosystem, many consumers are looking for ways to reduce their monthly TV entertainment bills by cutting the cord and watching free ad-supported content.

Recent research shows that even cord-cutters are still receptive to commercials. More than half, 52%, indicated that they don’t mind watching ads, and 47% of cord shavers agree. In addition, 51% of consumers who watch ad-supported streaming services indicated that commercials on these services are more relevant than those on cable TV.

There is no stopping AVOD. Advertisers are starting to realize this powerful medium and will start to move more spend to AVOD channels as consumer attention shifts, making this business model highly lucrative. In fact, eMarketer predicts that advertisers will spend more than half on CTV ads than they have given PC-based digital ads by 2022.

Broadcasters need to embrace this next generation of TV if they want to remain relevant. They should invest in new technologies that enable them to reach OTT viewers with the precision and efficiency that digital advertising provides.

Another opportunity for broadcasters  is developing a AVOD channel with exclusive content. CBS has already hit the market with CBSN, which allows the network to further dive into local news that resonates with consumers, while also creating another medium for advertisers to invest in and reach consumers who have cut the cord.

This next generation of TV offers broadcasters the opportunity to evolve and grow with the times — if they embrace the technological advances that accompany the rise of AVOD and SVOD services.

OTT ads can be optimized and targeted for many different audience characteristics. Brands can buy these ads based on attributes tied directly to their viewer using a variety of digital data.

Crucially, digital video and OTT are measurable across all screen types, allowing the advertiser to better understand the return on ad spend (ROAS) and even attribution of both real-world (footfall traffic) and digital (click-to-buy) action, both of which are very hard to do with traditional linear broadcast TV.

While increasing OTT penetration is affecting all households in the U.S., ad spend is still relatively small. This is mostly due to the fact that TV advertisers are still not used to the new metrics and insights that the medium brings, although we expect this gap to narrow quickly over the next few years.

Today’s consumers consider all video as TV, with no clear distinction between linear and digital. My company’s prediction: as advertisers in the $70 billion TV industry start to get accustomed to new metrics and buying mechanisms, OTT advertising will overtake linear TV advertising for good.

Aman Sareen is CEO and co-founder of ZypMedia.