Sesh Simha Promoted At One Media 3.0 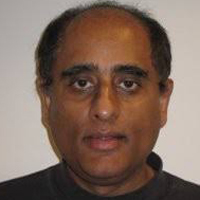 In this role, he will be responsible for overseeing Sinclair’s participation in the global ecosystem development of NextGen broadcasting’s direct-to-mobile broadcast-5G convergence. He will also support the company’s international strategic vision for spectrum utilization.

In addition, he will be an integral part of ONE Media 3.0’s and Sinclair’s tactical decisions on deployment of current and Next Gen broadcast systems and platforms, and coordination with the company’s international partners in India on software-defined radio chipset development, broadcast-broadband convergence proofs-of-concept and engagement with government, carriers, broadcasters and manufacturers to promote the benefits of direct-to-mobile use cases

“We’re delighted to recognize the unique contributions that Sesh brings to our organization,” said Mark Aitken, ONE Media 3.0 president. “He brings a wealth of critical wireless, satellite and media distribution experience to the cutting edge of broadcasting. He’s part of the elite corps of innovative thinkers and is representative of ONE Media 3.0’s forward-thinking and visionary culture.”

Simha joined ONE Media 3.0 in August 2016 as its senior director for advanced projects. He has experience as a professional adviser, educator and speaker in the spectrum, television, telecom, software, wireless and satellite communications industries.

He is the former senior product manager for Spirent Communications, managing video testing for the wireless industry and a product development manager for the international satellite operator, SES, where he oversaw streaming mobile video trials.

Simha served as a wireless and telecom consultant supporting a wireless operator in its 700 MHz LTE build-out planning as well as working with Cogent Communications, Teleglobe, INTELSAT and Hughes Network Systems.

He is a graduate of the Indian Institute of Technology, Bombay and has a master’s degree in electrical engineering from the University of Michigan.