Back to TVNewsCheck Home Print this page
DMA 52: BUFFALO, NY

The station group chooses an executive with 34 years of local broadcasting and large market leadership experience to oversee its WIVB (CBS) and WNLO.
By Mark K. Miller | December 16, 2019 | 11:10 a.m. ET. 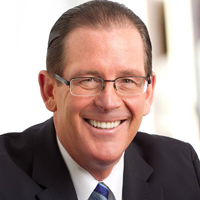 He assumes his new responsibilities immediately and reports to Theresa Underwood, senior vice president and regional manager of Nexstar Broadcasting.

Most recently, from 2015 to 2019, Kennedy was president and general manager of KYW (CBS) and WPSG (CW) in Philadelphia, where he implemented a variety of local content strategies. Under his leadership, KYW expanded local programming, launching a 4 p.m. newscast designed to be interactive and hyper local.

From 2010 to 2015, Kennedy was VP-GM of WCCO Minneapolis. Prior to WCCO, he was executive vice president of Freedom Communications, where he rebuilt the company’s sales organization, oversaw all revenue development for the television division, and served as VP-GM of WPEC West Palm Beach, Fla.

From 2004 to 2006, Kennedy oversaw the Viacom Station Group of South Florida, including two TV stations in Miami and three in West Palm Beach.

Kennedy began his broadcast career in 1985 with what was then the Gannett Co. as a local account executive at WUSA Washington. He also worked in various sales positions at Gannett and Blair Television.

Kennedy has a BA in communication studies from the University of Maryland.