Back to TVNewsCheck Home Print this page
DMA 104: RENO, NV 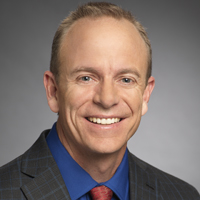 After 28 years as the general manager of KTVN Reno, Nev. (DMA 104), Lawson Fox is retiring as of Dec. 31, and longtime KTVN employee Andrew Perini, its local sales manager, will succeed him on Jan. 1, 2020.

Fox has served with KTVN’s parent company, Sarkes Tarzian Inc., for 37 years. He began his career there as operations manager of WRCB Chattanooga, Tenn., and became GM in 1991.

“I am so fortunate to have worked for a company as wonderful as Sarkes Tarzian,” Fox said. “My time at KTVN has been rewarding and I’ll miss all of my colleagues and co-workers more than I can express.”

“Lawson Fox has done terrific work at KTVN over the past 28 years,” said Sarkes Tarzian Chairman Tom Tarzian. “He is a leader within the organization and I’m thrilled that he’s agreed to join the Sarkes Tarzian Advisory Board. His experience is extremely valuable to our company and in this new role, he’ll be remain a valuable part of the Sarkes Tarzian team well into its future.”

“We’re thrilled to have someone as well qualified as Andrew Perini as the next general manager at KTVN”, said Tom Tolar, chief operating officer of Sarkes Tarzian. “Having someone with Perini’s talents ready to move into this key position is truly a win-win for 2 News and for the northern Nevada viewers.”

“I am honored to succeed Lawson Fox as General Manager of KTVN,” said Andrew Perini. “The GM position at KTVN has been a lifetime career goal since my first job in the business as a KTVN account executive back in 1992. I look forward to leading the talented team at KTVN for many years to come.”