The XFL’s February debut and Summer Olympics are among factors having a cooling effect on weekly and weekend syndicated programming. Uncertainty around new FCC E/I rules and few available holes for weekly shows aren’t helping either.
By John Consoli | January 15, 2020 | 5:47 a.m. ET.

Weekly or weekend programming is still a vital segment of the TV syndication landscape but isn’t getting the viewership buzz that first-run daily strips are experiencing as 2020 begins.

The large studios with broadcast network station group affiliations are shying away from focusing programming efforts on weekends, even when it comes to moving off-net shows into syndication.

At the same time, weekend programming is not only continuing to face preemptions by NFL and college football in the fall, but the addition of XFL telecasts will take even more syndicated programming time away on ABC and Fox stations on Saturday and Sunday afternoons from February through mid-April.

And further complicating things is that NBC will televise the 2020 Summer Olympic Games from July 24 through Aug. 6 from Tokyo, including three weekends of daytime coverage that will also lead to its affiliates preempting their syndicated shows.

Yde points out that football on weekends has always been a thorn in the side of syndication due to station preemptions, but the XFL premiere on Fox and ABC beginning next month “will be a huge headache for weekend syndication.”

That’s a lot of hours of syndicated programming that will be preempted from its regular time periods and either relocated to less desirable slots on the ABC and Fox stations, or just not air during some of those weeks.

“Syndication contracts with the stations include pre-emption windows where syndicated programming can be moved to, but it’s not an ideal situation,” Yde says, adding that often times when a show is moved on a station, viewers have a hard time finding it in its new timeslot. But, she adds, “it’s something that we have to live with.”

Uncertainty In Children’s And Weekly Syndies

Also in a state of flux is Saturday morning children’s educational television programming with the FCC having revised its rules for E/I (educational and instructional) programming. Instead of mandating the traditional three-hour block of E/I programming each week, broadcasters have been given more flexibility as to when the programming can run.

Potentially, the networks can take back some time in that block if they decide to televise up to an hour of E/I programming on a multicast or streaming channel.

Litton Entertainment, the autonomous unit of Hearst Television that supplies Saturday E/I programming blocks to ABC, CBS, NBC and The CW for their stations, is the producer standing to be the most affected by that, depending on what the networks decide and how their contracts are worded. But since the new FCC regulations have just recently gone into effect, it will take some time to see how things play out.

Further complicating things, according to TVS’s Yde, is that “once a syndicated show gets a timeslot, the stations usually like to keep it there.” That’s no different than daily syndication although there are fewer hours available on the weekends so it’s harder to find room for new syndicated shows within many station groups.

In fact, many shows distributed by the smaller independents may get not cleared by an entire station group, but only by some individual stations within the group owing to their niche appeal.

As for 2020 launches, Byron Allen’s Entertainment Studios announced in December that it will be launching two Weather Channel-related weekly series in the fall of 2020.

The first, Storm of Suspicion, will examine events where weather played a role in the solving or covering up of a crime. The second is Weather Gone Viral, which will feature video of extreme weather events share online, showcasing first-hand accounts of survivors who lived through treacherous storms. 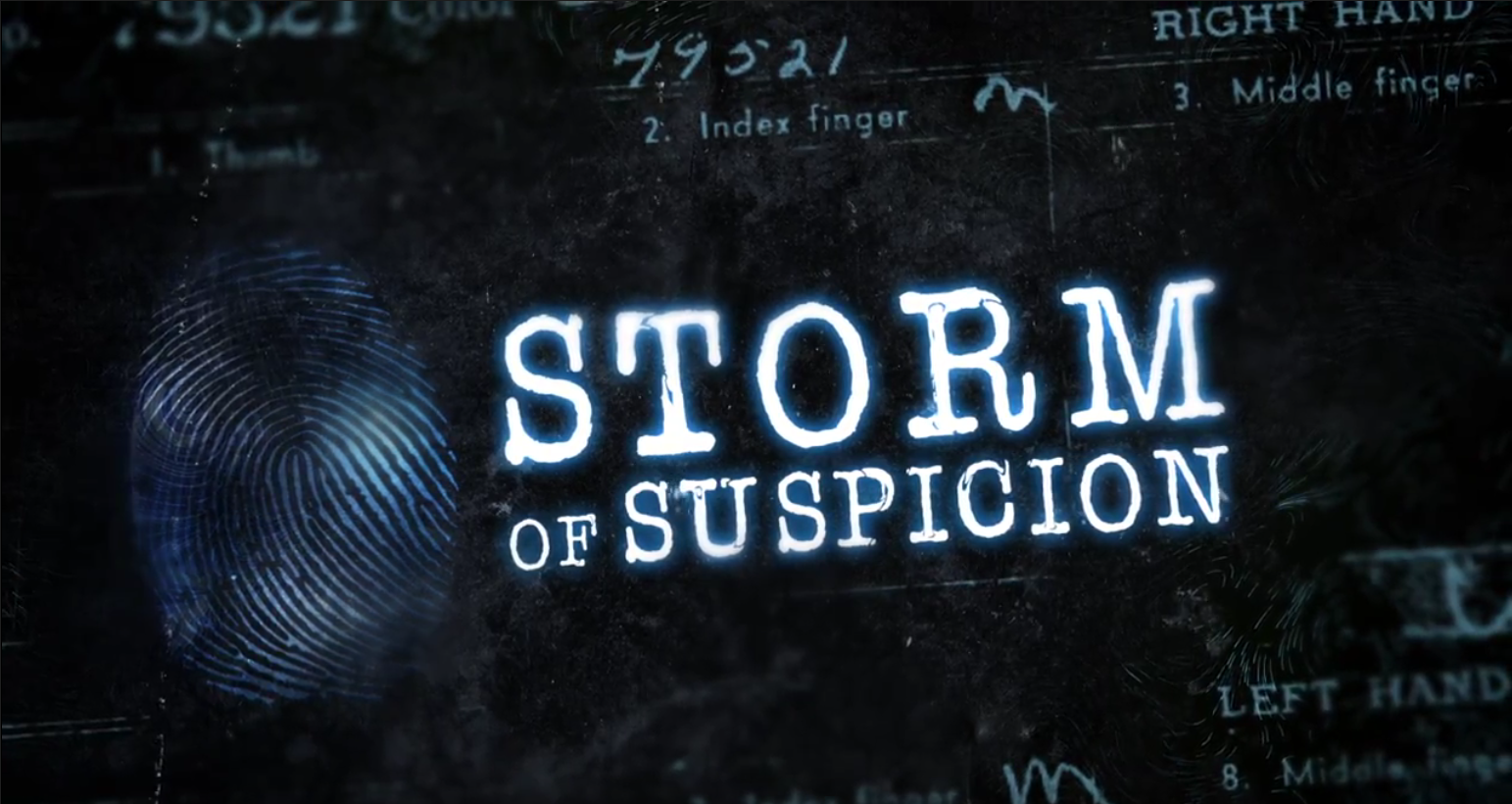 Both are produced by The Weather Channel with clearances already set on Fox, Scripps, Nexstar, Meredith, Gray and Hearst stations. Each series will be an hour in length.

Allen owns The Weather Channel along with 15 local broadcast stations, 11 of which he acquired from USA Television in a deal for $290 million that was finalized last September. In this instance, Allen is leveraging the popularity of The Weather Channel as well as viewer interest in weather news.

“Weather is the No. 1 news driver for local television stations,” Allen says, adding that the two new shows will “complement their local weather coverage.”

TVS is not introducing any new weekly shows for syndication but is expanding its half-hour RaceWeek show from regional to national. The show, which offers news surrounding NASCAR and other auto racing, is currently carried by more than 40 broadcast stations throughout the Southeast and Southwest, and TVS President Yde says the goal is to increase clearance from 25% on the current regional basis up to 70% or more nationally.

Litton has not announced anything new for weekly syndication yet, but it will be launching a daily first-run strip, The Daily DeBrief, in fall 2020. It’s a news magazine covering each day’s most intriguing real-life court cases and true crime events with footage, interviews and analysis from top legal experts.

The series is executive produced by Dan Abrams, chief legal correspondent for ABC News, and is currently available on Law & Crime Network, a multiplatform channel founded by Abrams in 2017. Now it’s being made available to broadcast stations around the country.

Meanwhile, none of the six largest studios have announced plans for any new first-run weekly shows or for moving broadcast network shows into syndication with weekend airings.

“There’s just no longer a marketplace for new weekly syndication,” says one studio executive who did not want to speak for attribution. “Most weekly syndication airing now is just six or seventh runs of off-network strips. There’s just no money to be made from it, particularly internationally, where it used to be possible to also sell these shows.”

Ira Bernstein, co-president of Lionsgate’s Debmar-Mercury (which is not affiliated with a major broadcast network station group), agrees that weekends in syndication right now “are a bit of a wasteland,” but he says he is still talking to stations about possibly creating some new content for weekend daytime syndication.

Major studios doing any type of first-run comedies or dramas specifically for weekly syndication ended years ago, so the scripted fare that runs in syndication today is off-net. Even that segment is declining both on weekdays and weekends.

Essentially gone are the days where studios and networks could collaborate to do the 100 or so episodes of a series across five seasons.

A lot of that has to do with TV audience erosion and the inability to develop hit shows with enough buzz so after their network runs conclude they are able draw mass audiences in syndication.

But some of it also has to do with competition from the OTT services like Netflix and Amazon Prime that are not only outbidding station groups for top off-network shows but also doing deals with studios for exclusive short-run series that are drawing audiences away from syndicated network repeats.

Studio execs point out that there are more network comedies being shot with single cameras and they traditionally do not perform as well in syndication.

Most of the off-net scripted shows now in syndication are airing both on weekdays and on weekends, with the weekday viewership for the most part heavily outdistancing weekends.

The major exception is NBCU’s true crime story formatted Dateline, which in fourth quarter 2019 averaged 4.1 million viewers in its weekend version versus 1.5 million during its weekday strip runs. Dateline was the most-watched weekend syndicated show on TV in fourth quarter, according to Nielsen data. 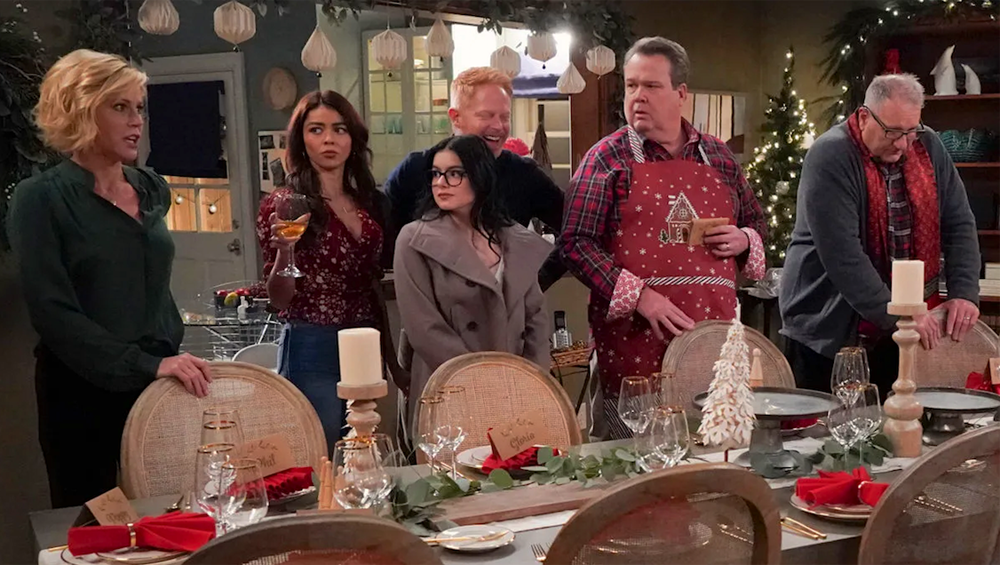 But most syndicated shows airing both weeknights and weekends have sizably more viewers on weeknights.

During the final three months of 2019, game show Family Feud was drawing 3.6 million viewers on weekends, still a big number, but nowhere close to the 11.2 million it averaged in its weeknight strip airings

But those viewer averages per show for the most part are higher than most weekend shows produced by the independent studios and producers.

“It’s hard to compete with the bigger, network-affiliated studios,” says one independent distributor. “A lot of daily strip deals won’t be done by the larger studios unless they also include weekend runs for those shows. If a station group wants a popular off-net show on its daily schedule, they have to give the show weekend timeslots, too. We don’t have that kind of leverage.”