Back to TVNewsCheck Home Print this page
DMA 3: CHICAGO 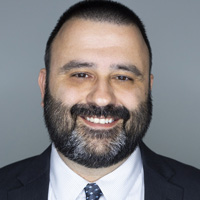 WGN VP-GM Paul Rennie said: “Dom has been leading the WGN newsroom for six years as executive producer. He has led some of WGN-TV’s biggest projects, including expansion of our evening and late news, orchestrating our massive Election Night coverage, and spearheading projects like “Examining DCFS.”  Dom’s leadership, news judgement and dedication make him the perfect fit for the job.”

Prior to WGN, Stasi worked at WFLD and WMAQ in Chicago, producing their morning news shows and additionally as platform manager at WMAQ. He also spent three years at Tribune Broadcasting’s CLTV, first as a producer and then as executive producer.

He got his start at KSPR Springfield, Mo., WDJT Milwaukee in a variety of news positions.

Stasi received his BA in journalism from University of Illinois.