My first thought when seeing Viacom’s announcement that William S. Paley’s architectural masterpiece Black Rock will be put on the market was horror. But then I checked. Black Rock is on the National Register of Historic Places, so I, for one, breathed a sigh of relief.
By Hank Price | January 17, 2020 | 5:45 a.m. ET.

When CBS founder William S. Paley decided to build a new headquarters in the early 1960’s, some were surprised he chose a site on 6th Avenue, literally in the shadow of the RCA building at Rockefeller Center. Why build below the home of his lifelong archrival, David Sarnoff?

Sarnoff was an electronic and organizational genius, visualizing, then actually creating both network radio and television. Paley was the programming genius. Think of Sarnoff as hardware and Paley as software. At a time when television was just an idea, both had staked their companies and their personal reputations on an unproven technology and won. Both were at the height of their careers when Paley decided to escalate the competition to brick and mortar.

The RCA building at Rockefeller Center was a Depression-era masterpiece, signaling the transition from Art Deco to Modernist design. In today’s jungle of tall buildings, it’s easy to forget that when it opened, the building was groundbreaking, serving not only as the centerpiece of Rockefeller Center, but the dominant feature of the midtown skyline. The Central Park view alone is still breathtaking. Unless Paley was willing to build something akin to Rockefeller Center, an impossible task, why not choose another part of Manhattan to make his statement?

But, as happened so many times during the Sarnoff-Paley rivalry, Paley had something up his sleeve. Rather than building a headquarters, he planned to create a work of art, then fit a headquarters into it. At his disposal were two geniuses: Dr. Frank Stanton, the brilliant brand manager of CBS (though he would have scoffed at such a title) and architect Mario Salvadori. Together, Stanton and Salvadori built a 500-foot obelisk of black granite rising out of a sunken plaza so stunning that that it remains a jaw dropper today. Pictures do not do it justice. 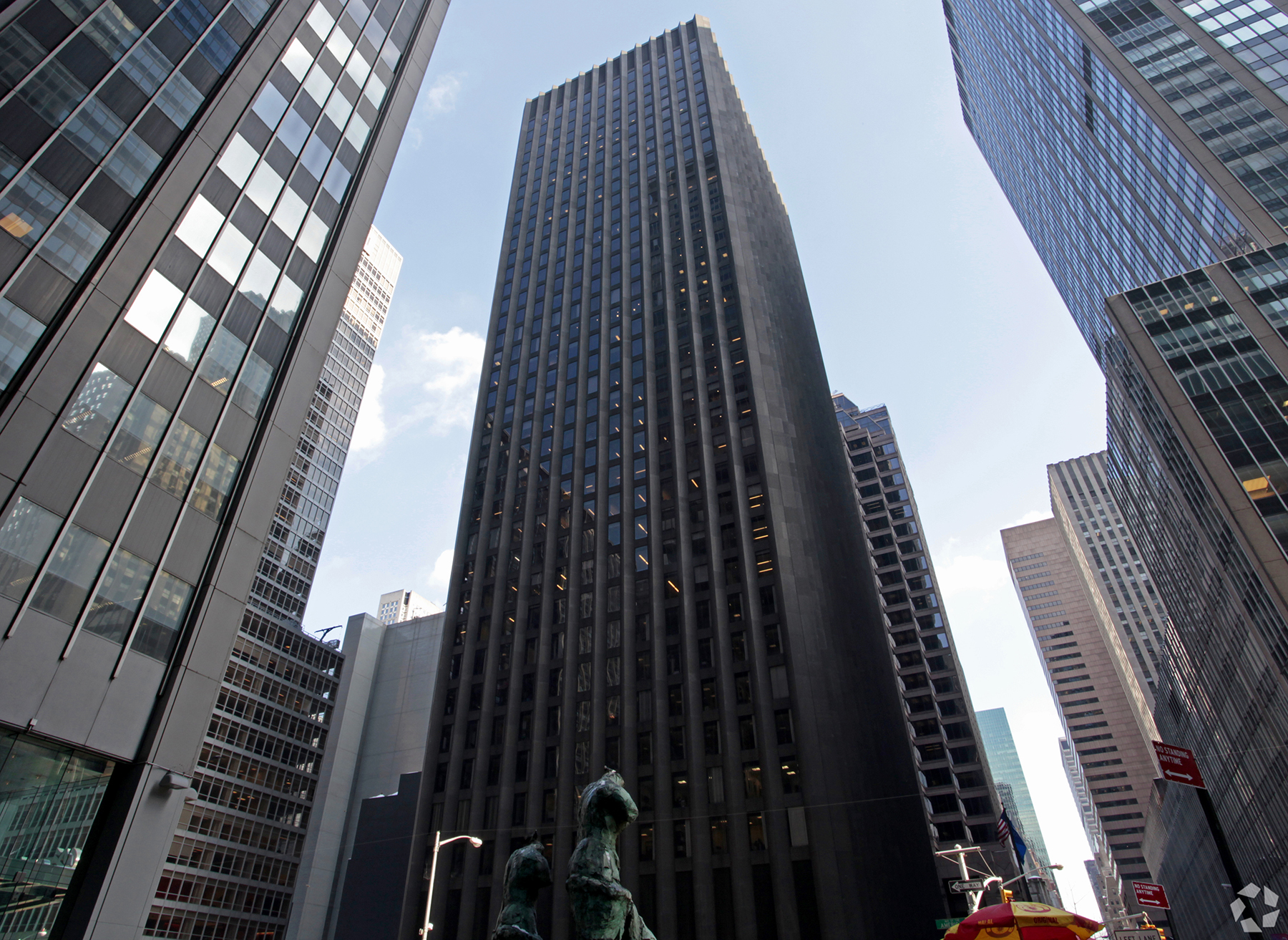 As he had done so many other times, Paley had pulled off the impossible. Sarnoff’s building might be bigger, but Paley’s was the more sophisticated. Paley had style.

My first time in the building was to talk about an offer for an O&O job. I was careful to enter on the 53rd Street side, lest my friends at Blair Television look out their windows and see me. Even though Paley was long gone, the sense of history and elegance still lingered. This was at the start of the Westinghouse era, after Larry Tisch had sold the artwork, gutted the staff and made style far less important. Still, Black Rock was a place one stopped and looked up at.

Once, in a budget meeting on one of the middle floors, I remarked how odd it was that all of the offices I had passed seemed to be unoccupied. That turned out to be not quite true when I ran into Cronkite in the men’s room. I wondered what Uncle Walter, the most trusted man in America, did with his time, relegated to a lonely office on a mid-level floor with no responsibilities. It would have been impolite to ask, so I did not.

The television production side of CBS is on West 57th, a maze of rabbit warrens where lost visitors are rumored to still be looking for a way out. It has always been strictly utilitarian, as are the 60 Minutes offices across the street.

It occurred to me during a visit one Sunday afternoon that no one seemed to notice Jim Nantz was doing football halftime shows in the same studio where Ralph Kramden had bickered with Alice. Though much of the product was created on West 57th, the soul of the company was on Sixth Avenue.

My first thought when seeing Viacom’s announcement that Black Rock will be put on the market was horror. It is not an efficient building, no matter what remodeling might take place. But then I checked. Black Rock is on the National Register of Historic Places, so I, for one, breathed a sigh of relief.

The next time you are walking down 6th Avenue in New York, stop between 52nd and 53rd, then look up. Wow, what a sight.

Hank Price is a media consultant, author and speaker. He is the author of Leading Local Television, a handbook for general managers. He spent 30 years managing TV stations for Hearst, CBS and Gannett, including WBBM Chicago and KARE Minneapolis. He also served as senior director of Northwestern University’s Media Management Center and is currently director of leadership development for the School of Journalism and New Media at Ole Miss.

Hank’s Ode to Black Rock brings back fond memories from the time I worked there in the early 90s.
Entering the building each day instilled a sense of pride. You never Knew who you might run into during the short elevator ride. The second floor from the top was reserved for the CBS brass. Tisch, Stringer, Grebo reigned over CBS. It was a place of double high, ceilings, exquisite views, and executive chefs. If summoned to Floor 34 you didn’t enter without a tie and jacket. Remembering a different era and broadcast history as this Black Rock moves on to a different life.

Salvadori was the structural engineer; the architect was Eero Saarinen. I was fortunate to attend a few meetings there early in my NAB career that were held in the board room. The art was still there and Mr. Paley’s office was still preserved which could be viewed from the doorway but not entered.

Pretty sure this is the third attempt to sell Black Rock.

Excellent column, Hank, the Saarinen omission notwithstanding. I well remember many a meeting on those lofty floors, with the million dollar art work gracing the walls and all of us Group W folks in awe of the splendor of Black Rock. Thanks for rekindling those golden memories! While I’m at here in your comment box, let me add that I love your column. You cover everything from sales to programming to local news to, now, National Register broadcast headquarter buildings. Where will you wander next? I’m already looking forward to reading your next piece.