Back to TVNewsCheck Home Print this page
DMA 89: SAVANNAH 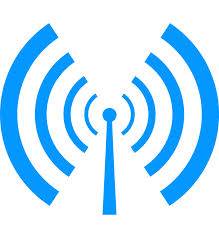 WSCG reaches more than 1 million people throughout coastal Georgia and South Carolina. The total consideration of the transaction is $3,000,000.

Lowcountry is based in South Carolina and is led by Jeffrey and Janet Winemiller.  The Winemillers own and operate several other media-related companies. Jeff Winemiller says “We are very pleased with the sale to TCT. Their programming will be a wonderful service to our viewers.”

The station programs 12 channels blending a commitment to celebrating local people and events with syndicated programming from multicast networks including Heroes & Icons, Ion and The Justice Network.

TCT Network currently airs three channels and reaches over 60 million homes through satellite, multisystem cable services, on-air broadcast, mobile applications and the internet. TCT said it offers “exclusive programming that is relevant for today’s generations, addressing topics and issues that affect our everyday lives, and engaging the whole family with an array of fresh and relevant program choices.” Founded in 1977, TCT is based in Marion, Ill.

Greg Guy of Patrick Communications represented the seller as the exclusive broker in this transaction. The transaction is expected to close in the first half of 2020 pending regulatory approval.