Nexstar gives him responsibility for WDCW Washington in addition to his existing role as VP-GM of WDVM Hagerstown, Md.
By Mark K. Miller | February 3, 2020 | 5:50 p.m. ET. 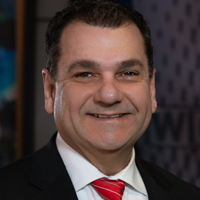 Nexstar Media Group on Monday promoted Andrew Wyatt to manage all of the company’s broadcast and digital operations in Washington (DMA 7). In his new role, Wyatt will have oversight responsibility for WDCW and DCW50.com, in addition to his current duties as VP-GM of WDVM and LocalDVM.com, in Hagerstown, Maryland, which serve Central and Western Maryland, the Eastern panhandle of West Virginia and Northern Virginia.

Wyatt has overseen Nexstar’s Hagerstown operations since August 2018. He will assume his new responsibilities immediately and continue to report to Theresa Underwood, SVP and regional manager, Nexstar Broadcasting.

Wyatt has extensive executive broadcast experience in television markets across the country, with expertise in station and sales management, client and revenue development, and the expansion of local content across multiple media platforms. During his tenure overseeing Nexstar’s Hagerstown operations, Mr. Wyatt added syndicated programming to WDVM’s program schedule to complement the more than 50 hours of local news delivered by the station each week, expanded the sales staff to support advertising clients across the western part of the viewing area, and significantly increased video and other local news content available on WDVM’s digital platforms.

Prior to his tenure with Nexstar and WDVM, Wyatt was VP-GM of WFXG Augusta, Ga., where he implemented sales, marketing and digital media initiatives that resulted in increased broadcast and digital revenues, as well as market share gains. He also spearheaded the building of a new studio and the launch of a live local four-hour morning newscast.

Wyatt earned his Bachelor of Arts degree in telecommunications from the University of Kentucky in Lexington. He currently serves as board member of the Maryland DC Delaware Broadcasters Association.