Back to TVNewsCheck Home Print this page
DMA 88: CHAMPAIGN-SPRINGFIELD, IL 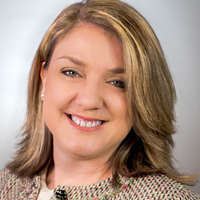 Rachal has worked in broadcast management and sales for nearly 25 years. She joins Nexstar from KHQA Quincy, Ill., where she has been general manager and director of sales since 2015.

During her tenure, KHQA won its first Edward R. Murrow Regional Award for Excellence in Journalism for an in-depth story about children and guns. Rachal and her team also developed several unique news sponsorships, including “Veteran Spotlight,” which highlighted the lives of veterans residing in the Illinois Veterans Home, and “From the Ground Up,” a series of stories that focused on area farm families.

Prior to KHQA,Rachal served in positions of increasing responsibility at WNTZ Alexandria, La. Starting as an account executive in 1996, she rose through the station’s sales ranks to become general manager and director of sales in 2003, a position she held for 12 years.

Rachal is a former officer in the United States Army and served as the Environmental Science Officer and Preventive Medicine Officer for the 3rd Infantry Division in Würzburg, Germany from 1992 to 1995. She also served in the Louisiana Army National Guard from 1995 to 1998.

Rachal graduated from Northwestern State University with a degree in biology.